One of our 3 at Redcar today

All the Team will be tuning in today to watch fellow worker & newly turned  Amateur Jockey, Henry Newcombe take the ride on Phil’s own horse ‘Iconic Figure’ at Redcar in the 6f Maiden Amateur Handicap. There’ll be celebrating tonight if Henry can make it a winning day for us, he’s got a sound each way chance on this enthusiastic little horse who goes on turf or all weather and has been unlucky not to win on a couple of occasions.

This was Donna on Iconic Figure a couple of days ago – a horse she rides regularly. 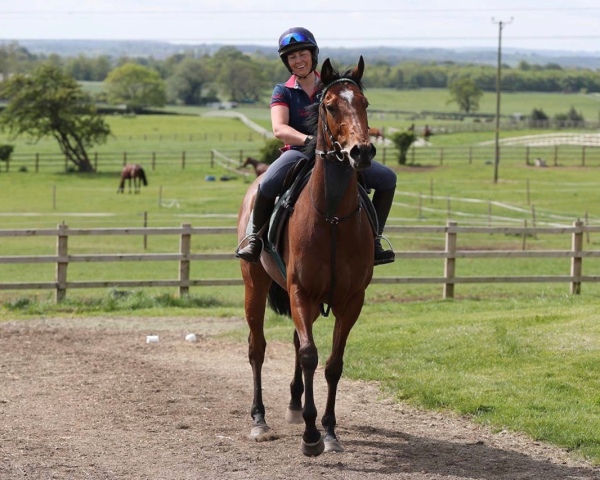 Making up our trio of Redcar runners are Sincerely Resdev & Jaycol’s Star in the  1m 6f 3 year old handicap.  The former improved for a step up in trip last time and Jaycol’s is trying a trip for the first time, his first run of the season for joint Owners Jayne Sivills & Colin Fletcher. 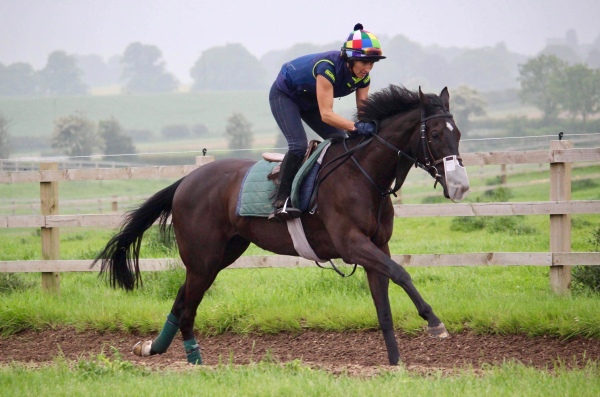 We’ve been enjoying some beautiful weather this late Spring but with a high pollen count and flowering rape seed nearby we have been having a quieter couple of weeks, all the horses are now exercised in  nose nets to try and help the situation. The yellow rape fields are fading dramatically now and hopefully they will soon be cut and done with. It’s surprising the amount of Trainers that have experienced this issue if nearby fields of the crop. 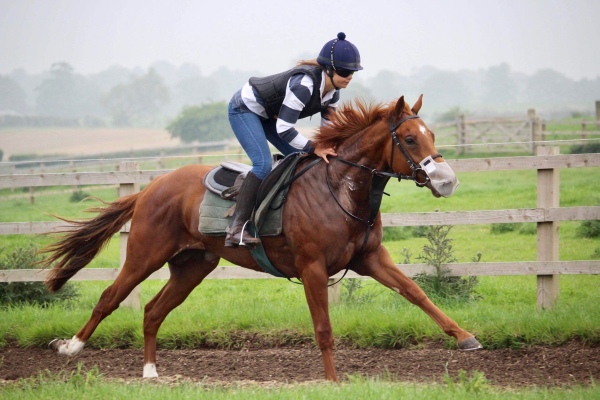 Wemyss Point has been having a quiet fortnight since  running at Aintree, he may head for another race next month at Pontefract following his win there on the flat last time.

We’ve had glowing reports from Steve Birkbeck who now has Transient Bay after his retirement from racing – Stenna is loving his new life just near Darlington and he’ll be going Hunting in the Masters role come the Autumn. Steve sent us these photos yesterday –

We’ve been seeing some fantastic competitive results from our ex racers recently – amongst the many who are also just doing happy hacking for their Owners. We love to hear how they are getting on and we try really hard to place them all in the right homes – it’s an important part of our job that those retiring from racing have the best chance of another career doing what they would most excell at.

King’s Grey – winning many Ex Racing Show horse classes and placed in his first Horse of the Year Show Qualifier for Clare Poole.