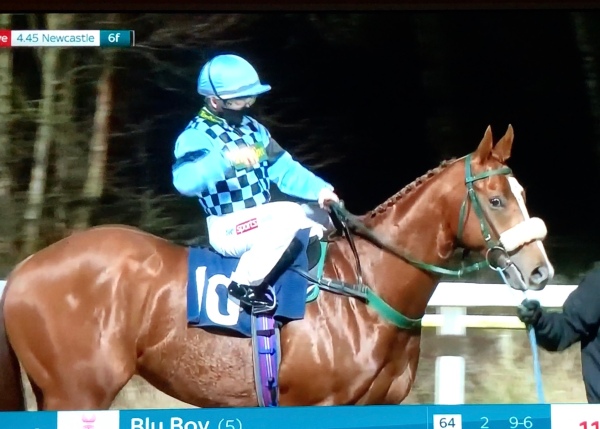 He’s been a hardy little racehorse all year & the Ace Bloodstock bred ‘Fircombe Hall’ gained a deserved first 2 year old success in the 6f Handicap at Newcastle last night under a beautiful waiting ride from top jockey, Hollie Doyle. Winning in the colours of The Redhotgardogs, this was a really pleasing win for all concerned as ‘Chesney’ has grown up here since arriving from stud with his dam, Marmot Bay. 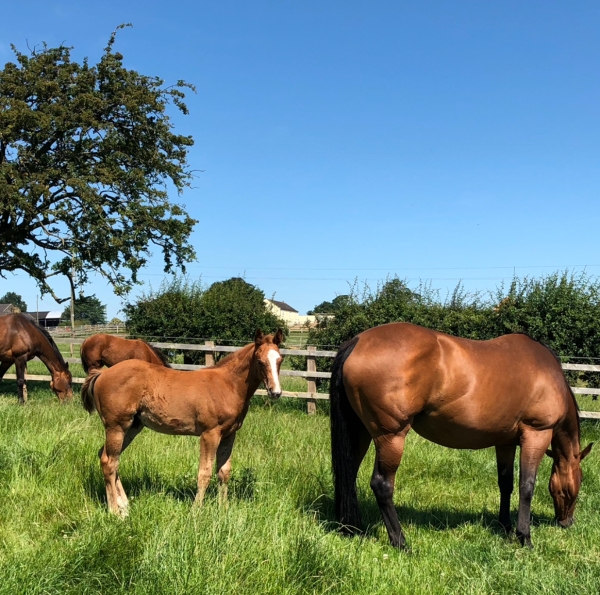 Chesney as a baby at Green Oaks

Adelphi Sprite made his racecourse debut in the bumper at Sedgefield and he ran a race with promise to finish 4th in pretty wet conditions. His half brother Adelphi Prince had run a sound race at Southwell 2 days previously. Adelphi Sprite in the centre ( orange & what WAS white! )

We have a busy Saturday at home and the races for our hard working Team today – Plenty of runners at Wetherby & 1 at Aintree –  with rules debuts for the young horses, First Illusion & Splashing. Best of luck to all connections, our shortest priced runner of the day is ‘Kings Cave’ having his first Chasing start in the hands of Tommy Dowson. 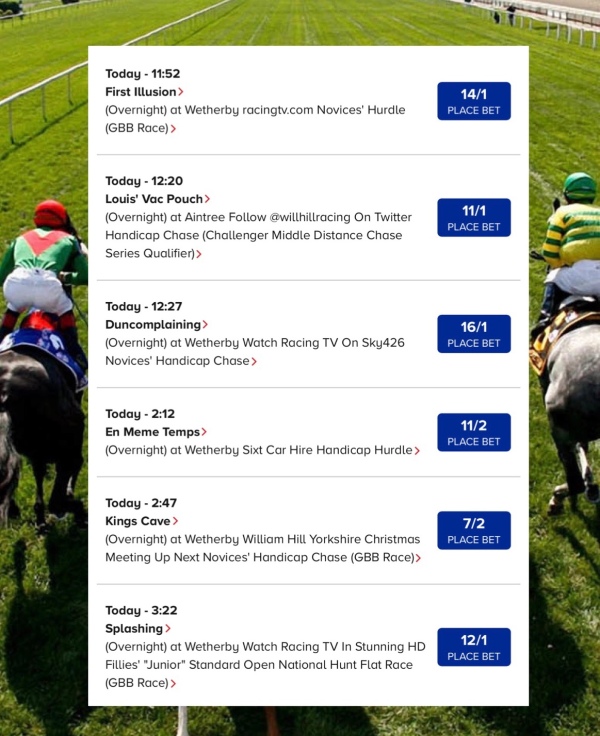 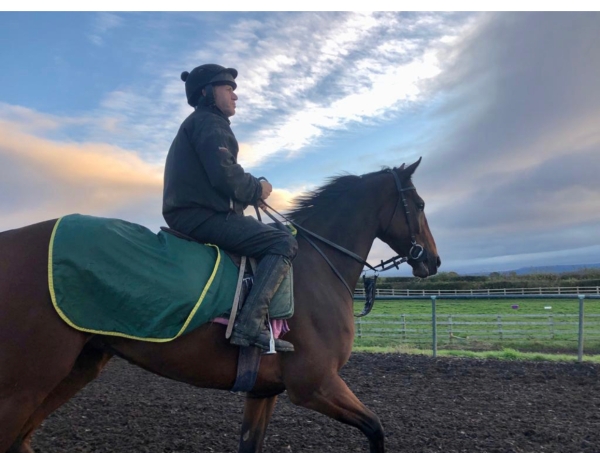