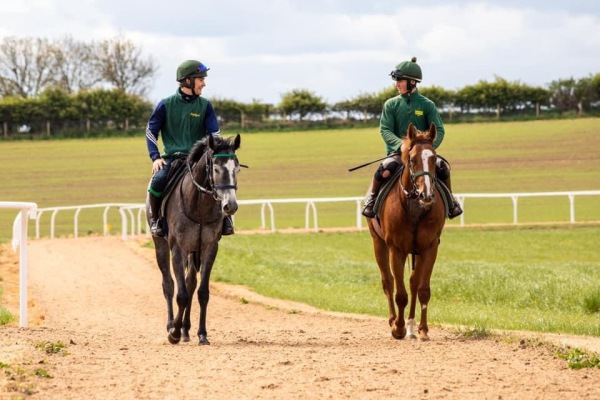 7 DAYS TO GO BEFORE UK RACING IS SET TO RESUME

Providing of course the Government continues to gradually lift lockdown and based on their announcement at the end of May.

We are currently waiting for the publication of the programme for the second week, although as it stands we have entries in week 1 for Bahkit, Madeeh, December Second, Ice Pyramid, Siena Mia & possibly Stargazer. They are all looking well and some of the older horses have been on our new sand gallop today, it has been constructed over the last couple of weeks and is a significant addition to our facilities at Green Oaks. 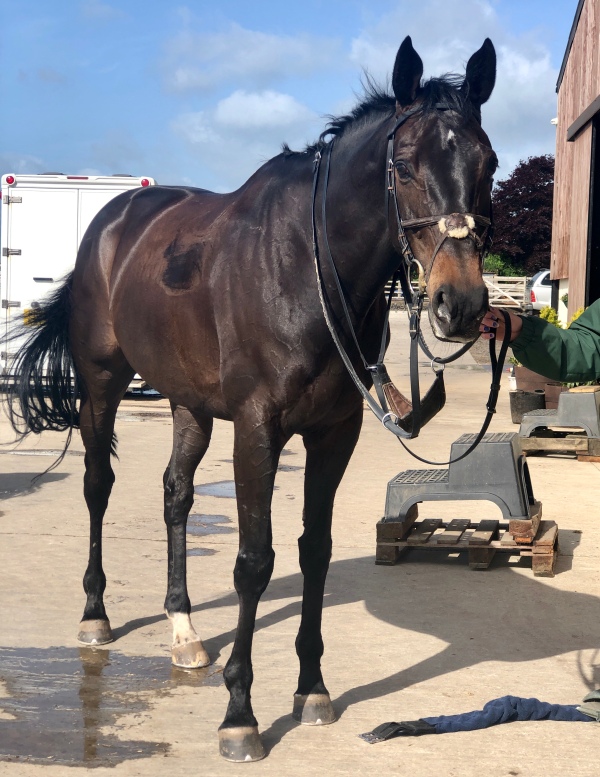 Flat and double bumper winner, ‘December Second’ who is entered for the 1st of June

We have more horses coming back into work on June 1st, including a small number of jumpers who will be ready to run in September rather than October. They are having a wonderful time in the fields at the moment, and we are sure you will enjoy this video of the geldings the day they moved into the ‘big’ field. It must be about 30 acres and they are all settled as a boys herd, enjoying life to the full. 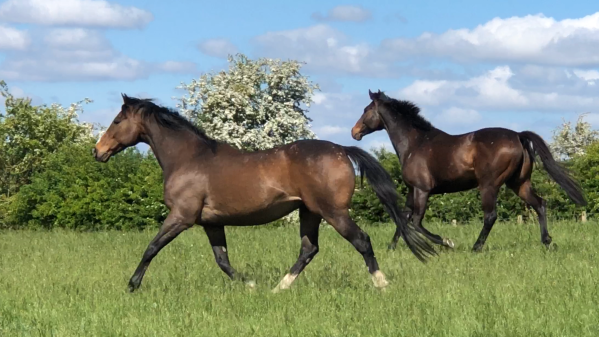 The weather has been very kind up until yesterday when it decided to blow an absolute gale, continuing today. On Thursday we walked round some of the fields on the evening and took this video of the mares and foals  and the geldings, it a peaceful watch.

The young boys in our new field are growing up and filling out, and we notice a change in them every week that passes. 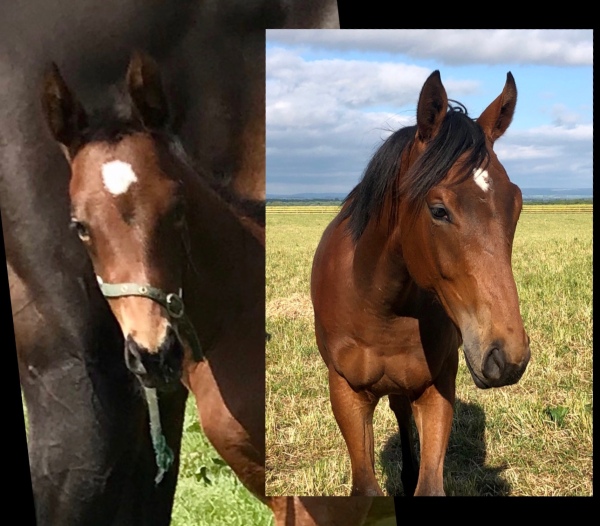 The Milan yearling colt out of Helen Wood – how ‘Milo’ has changed in a year.

We couldn’t resist asking Tommy and Phil to challenge each other earlier in the week. We had the ponies out having a fun afternoon, and with Phil having lost of weight on his Pelaton we allowed him a short go on ‘Charlie’ while Tommy rode ‘Ginge’ in a ‘Best of 3’ bending and cup race. Watch the video to find out which of these madly competitive pair comes out on top…Tommy then had to sucumb to a beating from both myself and Izzy in two separate bending races, couldn’t resist leaving that on the official video as well.

There were rainbows in the sky last night, and we took these photos and videos of the foals playing together. Previously Chico the day bay was pretty much the boss, but we see the character of chestnut ‘Albert’ coming out a bit more and he begins to stick up for himself against the smaller colt. For certain they will become firm friends  as we see the foal friendships staying strong all the way through as they become older horses. 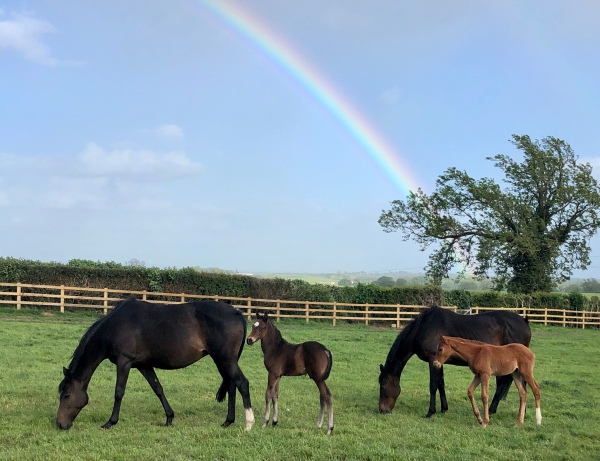 And finally, our homebred coloured stallion made a striking sight on the gallops this week with Sammi aboard teaching him the ropes. He’s been an absolute legend and went round the gallops here with the mares, suggesting he is going to have good manners when he ventures into the show ring under saddle next year as a 4 year old.

Our daughter Izzy has been enjoying riding him in the arena too, and we are pretty excited about him.