Tomorrow will be an emotional one for Owners of ANDORN’S LEGACY, Mick & Pete Helm of Preesall Garage. She is the one and only living foal from their many times winning stallion, ANDORN, who tragically died in early retirement. Andorn was a beautiful small entire by the late, great MONSUN and he won over a mile in Listed Class to 2 miles on the flat and even later over hurdles for us at Sedgefield ridden by James Reveley.

The beautiful Andorn who is sadly missed.

Julie and a very skinny  looking Phil with Andorn in 2010

He once won 5 races out of 6 in the space of about 2 months – toughness was his middle name. He was also a gentle and well mannered horse who was a great favourite on our yard. We were devastated when he died and this filly has been nurtured for 4 years to get her to this point of becoming a racehorse.

Andorn’s daughter as a foal

She is small and delicate just like her Sire, but unlike him she is a feisty little beast! She is known to everyone as ‘Andi’ and has given us some challenging days but she is generally a good girl now and she has definately inherited some of her Sire’s staying power. Andi grew up at Dibble Bridge Farm when we lived at Castleton and spent her early summers by the side of the the River Esk beneath the towering Yorkshire Moors.

Andi and friends at Dibble Bridge

Fillies across the river

She will appreciate the ground on the decent side tomorrow at Wetherby and we’re pretty sure she’ll be sticking her neck out when it matters. The dream will be for her to win one day and emulate her Sire, and while it may not be tomorrow we are still delighted to be getting her fit to the races and ready to start her career. Good luck Andi! 🍀🐎 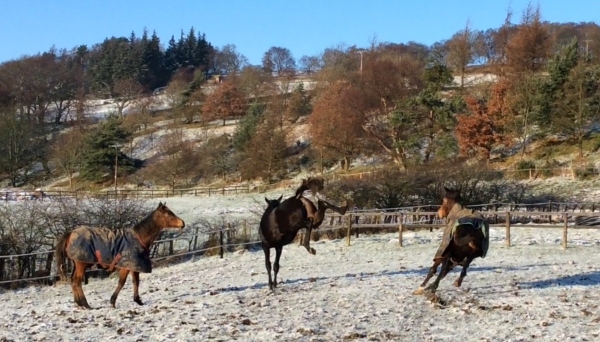 Andi on the right of this trio 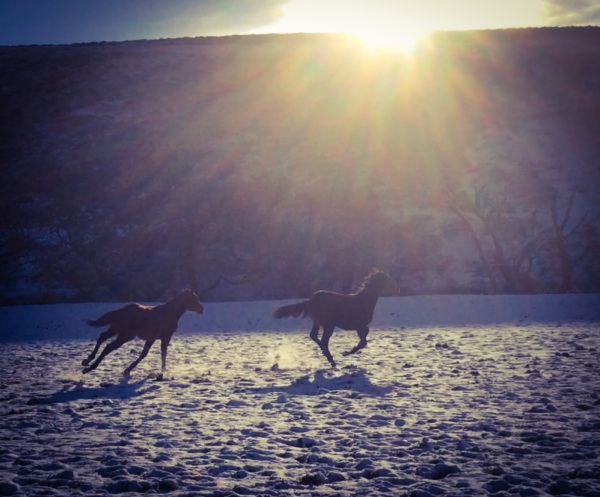 And now all grown up….