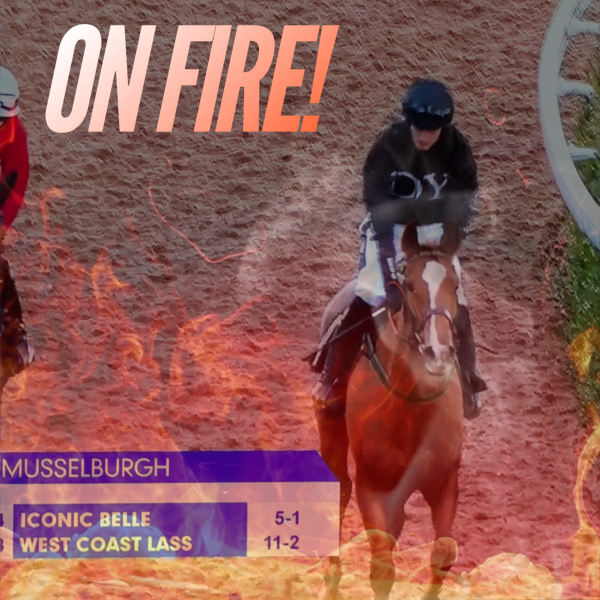 When they’re well they’re well and our run of red hot form continues with a double at Mussleburgh – Adam riding all 3 of our runners this afternoon and scoring on the 1st & 3rd of them in battling style.

First up was new filly ‘Iconic Belle’ a recent purchase by Darren & Annaley Yates and the Sixties Icon filliy drifted out to a surprising 5-1 before the off. Carrying the distinctive DY letter colours of her Owner, this tough little powerhouse of a filly is hard to pass in a battle as we had seen on her flat performances, and she looked an exciting recruit to the Mares ranks with the sort  of gritty determination that continues to win races. Despite some novicey errors late on she held them all at bay on the stretch to the line. All her best form is on a sound surface and Phil will be looking to place her in a similar contest next time, the ground was decent here as is often the case at Musselburgh. She qualifies for a handicap mark after this win. 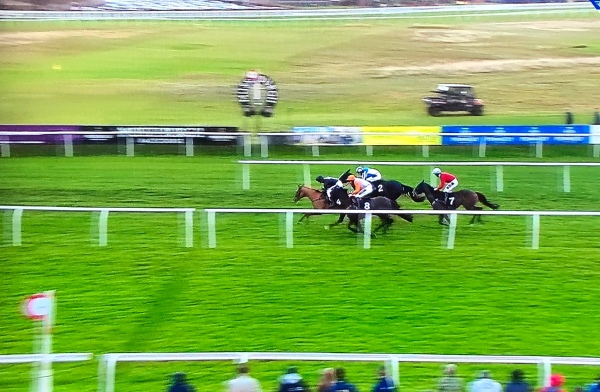 Iconic Belle sticking out her chestnut head by the line

Asum jumped well  throughout his race but it wasn’t his day with an obvious show of blood on his nose round the homebred. He finished safely and there will be other days for him.

Richard Strauss, the third of our trio in the red & grey silks of Zoe & her son, George Hassal was coming here fit and firing from a win on the flat. 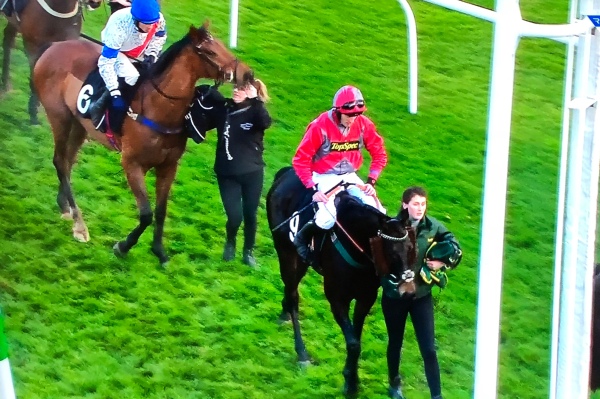 This tight track and sound surface was right up his street and he was always travelling well under Adam, jumping to the front on several occasions and clearly enjoying himself. He has to dig deeper than expected after the last hurdle and only just repelled the Mcain challenger breathing down his neck at the line – the official verdict was a nose. 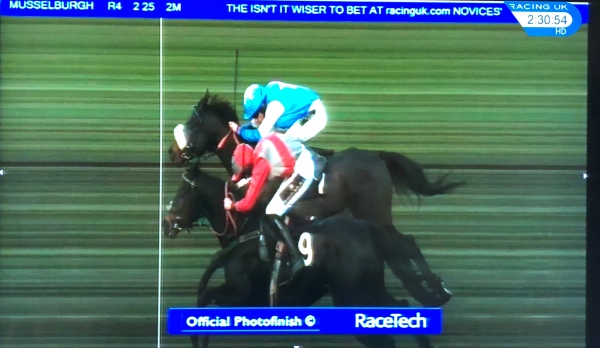