John & Helen Bell, Owners in The Well Oiled Partnership at the Sedgefield  prizegiving

We were delighted with Nemean Lion at Sedgefield  yesterday – this win makes up for his dramatic last fence fall a few months ago when in the lead and looking the winner. Adam had to sit tight at the last two hurdles but Nemean battled on really well up the straight to record his third win for us and his Partnership. Julie also won Best Turned Out making the day complete.

Phil returned from Newmarket late last night having sold 2 horses and bought 4 – all orders. I’m yer Man made £7000 and Good Time Ahead £9000, both decent prices and we wish them luck for new connections. The new horses are – 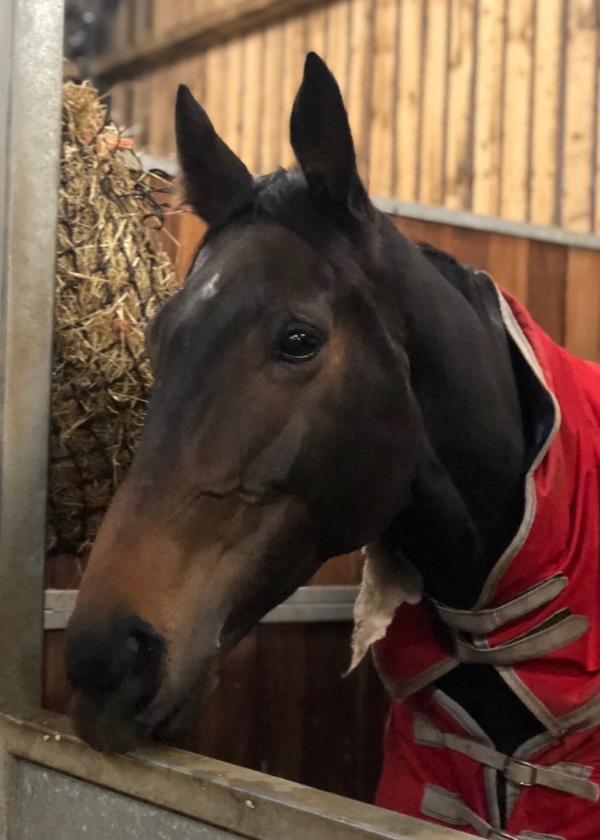 The lovely head of Magellan

With Phil away the Team back at home headed by Simon were almost celebrating 3 winners in 3 days – Mr Carbonator did his utmost at Nottingham but had to settle for 2nd in a photo to the grey, Nevada – he’s a cracking good horse for us and judged on this it won’t be long before he walks into the Winners Enclosure top spot again. 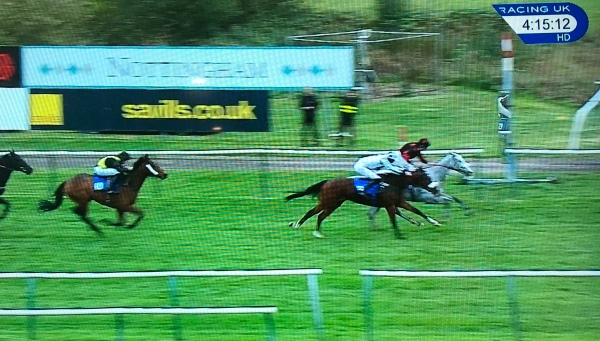 Today we have 2 at Wetherby – both in the Conditional Jockeys H’cap Hurdle – Northern Girl and Jaycol’s Star.  The mare has shown good course form and although we’d prefer softer ground it should be lovely jumping ground – Tommy rides and she schooled well yesterday ahead of her seasonal debut.

Jaycol’s Star also schooled with Adam although he won’t be riding him with it being a Conditionals race. Jaycol’s wears first time blinkers over hurdles and has shown improvement on the flat of late. 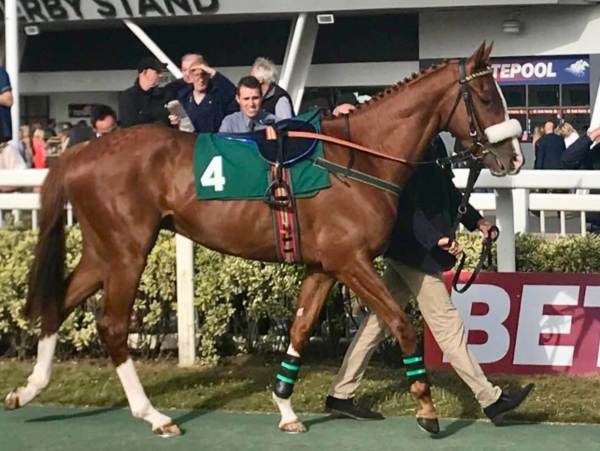 Adam also schooled Lady Buttons yesterday and she was her usual electric, exuberant self – this mare is an absolute delight to watch and such a talented jumper. We are hoping she can take her chance at Wetherby in the OLBG Mares Hurdle tomorrow providing there is enough give in the ground. 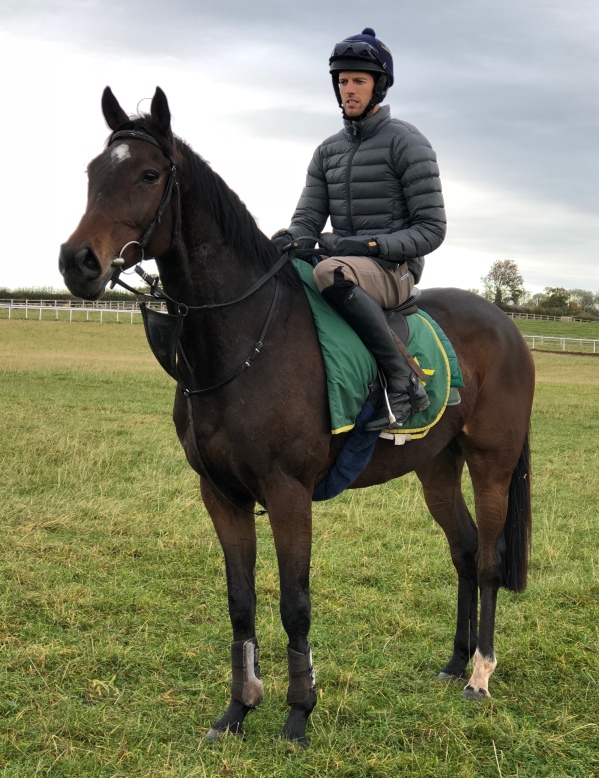 Wemyss Point also makes his seasonal debut tomorrow – he is pictured here with Julie cooling off in the arena.

And finally we love this photo taken by Jenni taken from the back of Wemyss Point – what a sunrise! 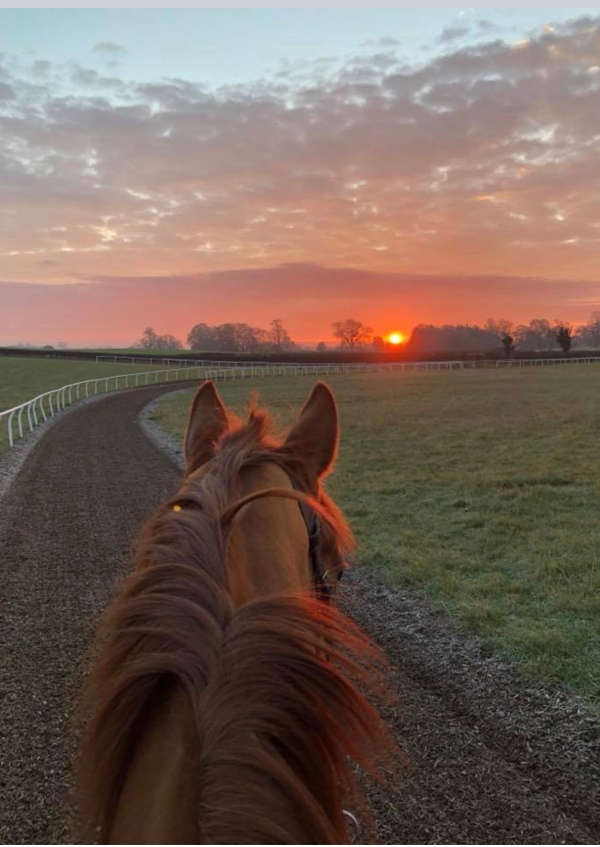 The sunrise from Fingal’s