Lady Buttons the star of Bangor

Buttons into the parade ring today at Bangor

Reporting on the way back from Bangor with Buttons & Mangata – we couldn’t be more proud of the mare and her first Listed win after two previous Listed seconds. This was a top performance today to win the Yorton Stud Mares 2m1f novice – she had some high class Mares to beat including Dusky Legend, placed in the last two mares hurdle finals at the Cheltenham Festival. Adam sat quietly in behind the first two in the betting and with three to jump it was clear that Rene’s Girl would be third at best and it was all about Buttons and the Alan King trained Favourite. We came to the last upsides and with a better jump, Buttons forged clear to win by 1 3/4 lengths and record her first chasing win and her first Listed win.

It is brilliant for Phil, Adam and all our team at home – and an unforgettable day for her Owner Breders, Keith & Jayne Sivills. 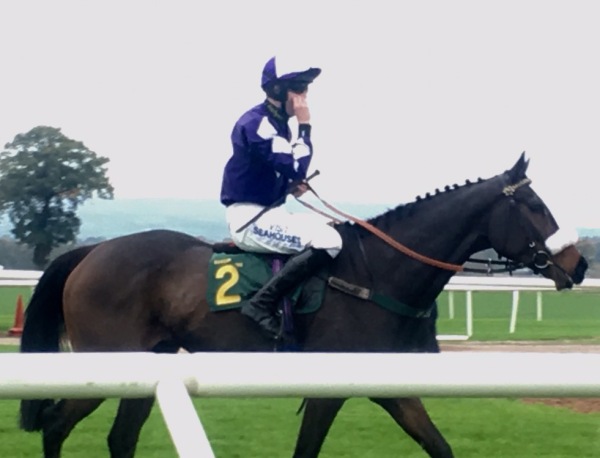 The remainder of our runners were not so lucky but most importantly are all returning safe & sound.