We have a busy day racing at Wetherby today with Skipthescales, Aniknam, and two of our partnership horses Bertie Blake & Wemyss Point making their hurdles debut.

Skipthescales is the first to run in the 2m5 conditional jockeys novice hurdle with the addition of cheek pieces for the first time, hopefully we can get a better effort out of him as we know he has talent but think he maybe just holds a bit back. Tommy Dowson is on board claiming 3lb for owner Les Richards.

Aniknam is having his return to the race track today after 2yrs off, its been a long and patient journey for him and one we believe will be worthwhile with this talented hurdler by top class French jump sire Nickname. He would be at the top of the list for enthusiasm at home and takes a bit of settling in him exercise, something Simon has the task of most days and has admitted to being under serious pressure occasionally! After 2yrs off track it will take some doing to be 100% fit for his first run and we want to see him have a safe trip round for owners Nobaj Ltd, but he loves his work, so he may be more ready than we think! 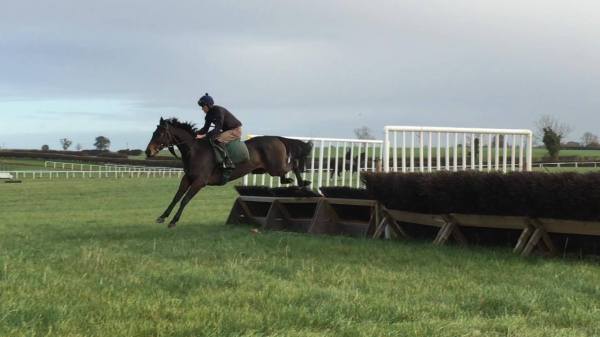 Bertie Blake having a last practice yesterday with Adam.

Bertie Blake takes on his first novice today with Adam Nicol on board for The Kirby Club Partnership. He has had plenty of schooling, which many of his owners will have seen on his open morning a few weeks ago and has been jumping well. He is a good looking horse who has matured and strengthened up for his summer break and we think will take very well to his progression into hurdling. 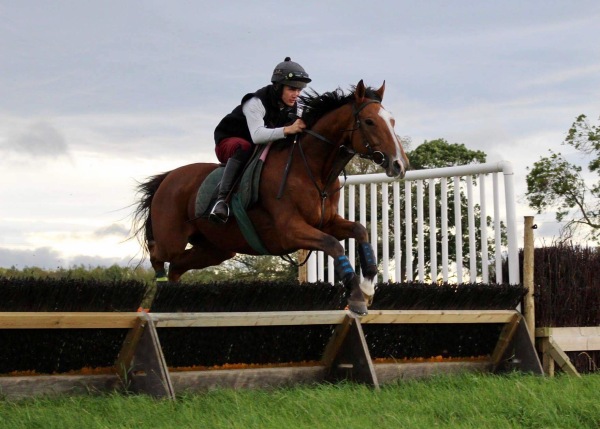 In the same race as Bertie is Wemyss Point for The Green Oaks Partnership who put in some very good bumper runs last season with 2 staying on finishes for 2nd. He also had an open day a few weeks ago teamed up with Mangata where many of their owners came to see them in action schooling. He jumps well and shows much more interest in it than his regular exercise up the gallop, where he can tend to be a little on the lazy side. He definitely holds more talent than he would lead you to believe, as he has proven with his bumper runs so we look forward to seeing his hurdles debut today.

Good luck to all our runners, riders and owners at Wetherby today, we know there are many of you due to attend and we hope you all have a great day with us!