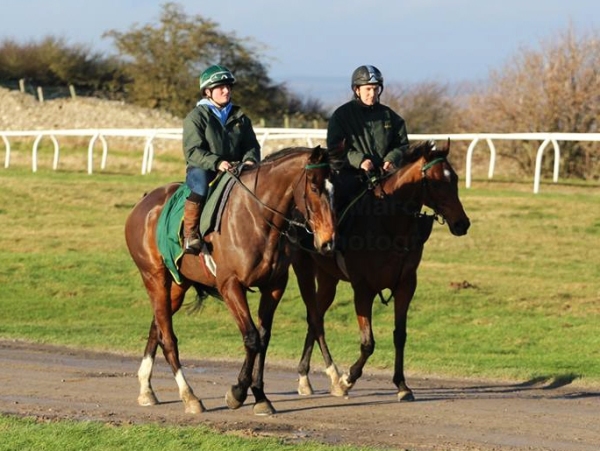 The news service has been rather brief due to a lot of packing going on at Dibble Bridge ahead of our upcoming move…but we will try and update you with all our news this evening, reviewing  our recent runners and looking ahead to the next few days.

Going out for the Bumper (Willie does not like having his head clipped!)

EastView Boy was our only runner of the day on Boxing Day due to Wetherby being abandoned.  Only true NH enthusiasts braved the dreadful weather at Sedgefield and Kyle was definately ready for a hot bath after coming back in  plastered with mud after riding ‘Willie’ in the bumper for a respectable 3rd place, beating a

previous bumper winner in the process. The ground was very heavy and he would have preferred a better surface, although wouldn’t they all!  He is going to make a nice novice handicap hurdler in time and we are sure he can emulate his brother Iktiview by winning more races given luck.

A different story coming back into the enclosure…

The following day we had two at Catterick – Hugh’s Secret who wasn’t competitive in the maiden but he isn’t showing much yet so it was expected, we are hoping this small son of Yeats will improve in time as his offspring can do. Our other horse was the vastly improved KEEP UP who we were again very pleased with as he stepped up again on his last run and finished 3rd in the maiden. staying on all the way to the line in the heavy ground. and jumping very slickly for a juvenile under Adam Nicol. He is  moderate on the flat (but off a low mark will be winning 2 mile races next year) and  it looks like as long as he gets a sensible mark that he will have a future over hurdles too – he is a really likeable gelding by Monsun who only get better with age and strengthening up. 50% of him is FOR SALE! And he would make more than the £5000 for 50% now at the sales after these two good hurdling runs and with his breeding..

KEEP UP looking immaculate  in the paddock at Catterick

Keep Up going out to the track with  Julie leading, and Adam wearing  Colin Fletchers’ lucky orange and blue silks.

No placed runners today at Southwell and sadly Lexington Bay pulled up lame in the first, we will update on news on him tomorrow. Mac Tiernan  was a long way back in his race and didn’t pick up as hoped but his turn will come and we have every faith there is still races to be won with him.

Lexington Bay being saddled Up 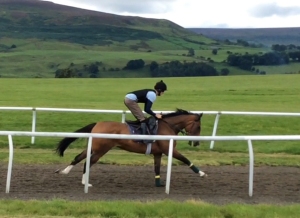 Tomorrow we have just the one at Haydock, but is it going to be on??? We would like it to be as it looks another winnable opportunity for BRUCE ALMIGHTY  who has had plenty of time to recover since his three quick runs (2 wins and a 2nd)  and is priced up at 9/4 for this 2m 6f conditional jockeys handicap hurdle. At 4 he is the youngest in it and Phil has had to turn to the very capable  Jonothan England in the saddle with Adam and Kyle  now being too old for ‘boys races’ – 25 and under only. Phil has to set off from Castleton at 6 am but the inspection is not until 7am with the ground currently heavy and tons of rain forecast. Its looking pretty doubtful but we didnt think Sedgefield would be on on Boxing Day, and were proved wrong – you have to be prepared in case. The owners of Bruce Almighty are based in Lancashire and would love to win this race at their local track with him tomorrow – good luck to them all. 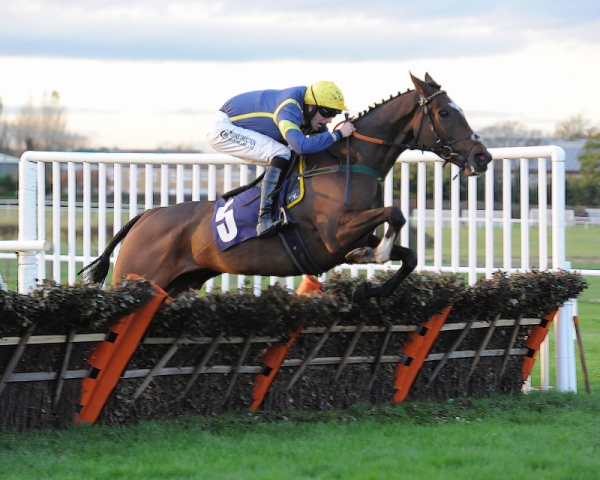 Bruce wins in the mud at Wetherby in November

Likely runners for New Years day include the swansong for the fantastic ‘Stopped Out’ at Cheltenham in the Betbright casino Handicap Hurdle, Moshe and Quadriga at Southwell on the sand, and also Nautical Nitwit at Catterick in a novice, he is reverting from handicap company and his recent solid efforts would give him a good shout.

Local photographer, Phill Adams was photographing at Middleham today in the sunshine and as usual he has posted some great shots on his website – everyone likes to see if they are on. Thanks Phill – here are a few of our string. 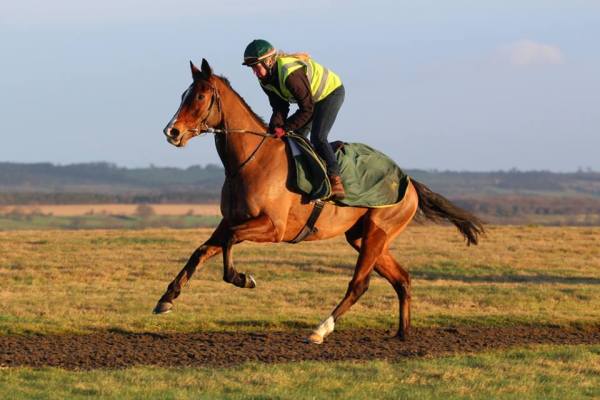 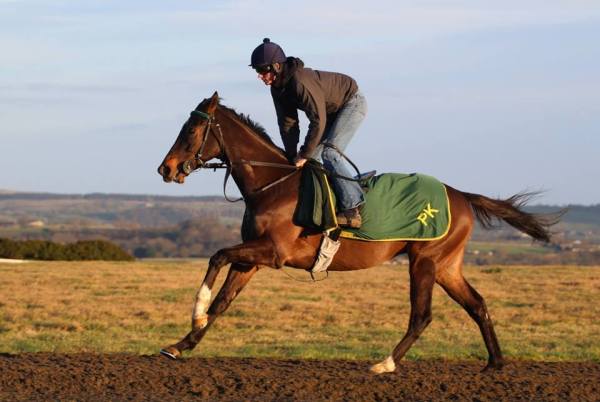 Our girls Indy and Izzy have had a lovely Christmas holidays so far – except for the lack of snow! – and yesterday both won classes at the ‘fancy dress’ Pony Club Christmas Showjumping on their shetland ‘Midget’ who Izzy hopes to race in the Shetland Grand National Olympia Qualifiers  next year. You can guess what they dressed up as… 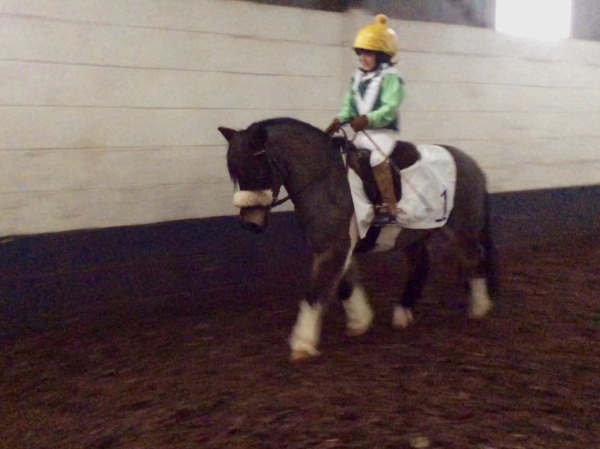 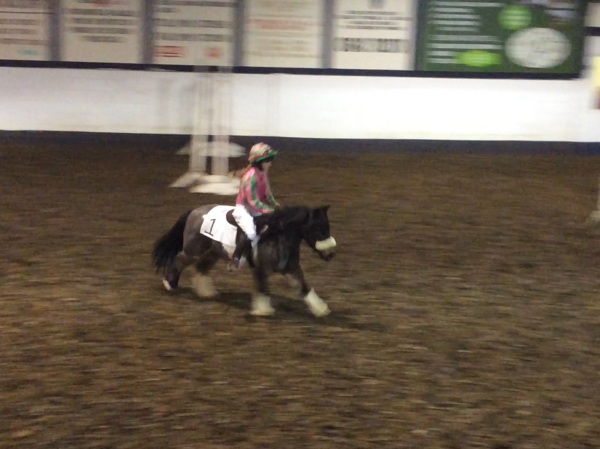