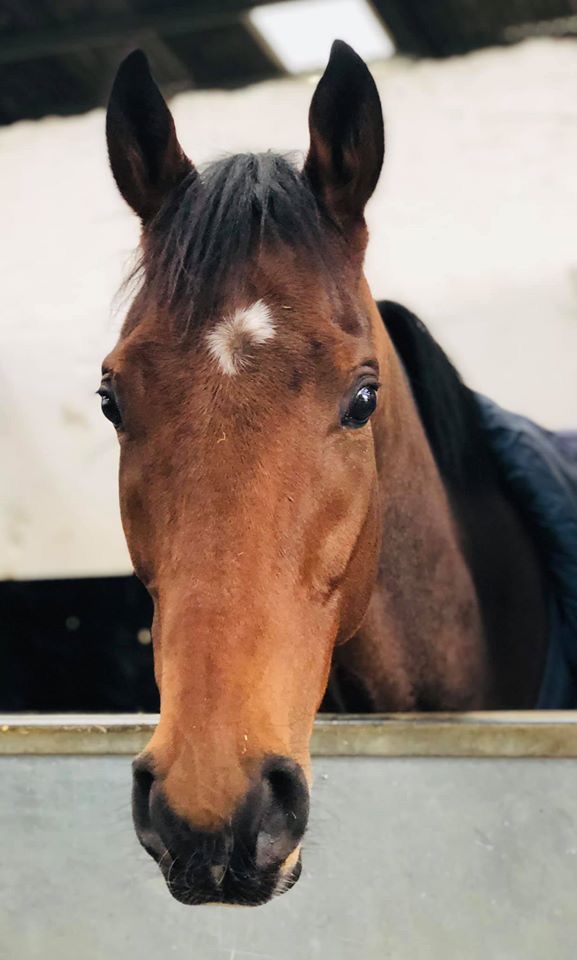 This mornings news piece is dedicated to the memory of ‘Machiavelli’ who we tragically lost at Wetherby on Saturday. It’s been a difficult couple of weeks losing firstly Robbing the Prey & now him, and it never gets any easier bringing the waggon back with a missing space. Our hearts go out to his Owners in the Value Racing Club, many of whom were there at the track to watch him run and he’ll be much missed by us all here, ‘Macho’ as we called him here, was a kind and straightforward boy who loved his work.

Difficult as it is after such an awful event, we had other horses & Owners at Wetherby and you have to keep going… our three others on the day all ran good races. Niven led for most of the 0-150 2m Chase, just being collared in the final 1/2 furlong but looking like he can go on and win soon, this was much more the ‘Niven’ of last year and he jumped fast & fluently over this minimum trip.

We were double handed in the handicap hurdle and Sakhee’s City ridden by Sean Quinlan ran yet another big race this season to finish 2nd, looking like he may have been beaten by a ‘handicap good thing’. Zig Zag was 5th and did not disgrace himself, he still needs some respite from the handicapper but his turn will come again.

On to Monday & we had 3 runners – 2 at Southwell and a very early trip to Lingfield for Tommy & Phil with ‘Epsom des Mottes’ who had to take his chance turned out quickly from his Ayr win as he was due to go up 14lbs but escaped here without a penalty. Epsom tried his heart out but tired visibly up the home straight to finish an honourable 2nd, and will now have an easy few weeks to recover from his exertions. It’s frustrating that the handicapper has put him up so much, how often do we see results on heavy ground such as at  Ayr result in big handicap  hikes that are often not justified – the race fell apart at Ayr and he  got an easy lead out in front. It is much more likely that the others underperformed on awful ground than our lad was suddenly 14lbs better. It remains to be seen if he will cope with the rise this Spring. Another who has been absolutely hammered by the handicapper is Bertie Blake. Up 12lbs for his Sedgefield win, the first from 17 attempts, surely he hasn’t just found 12 lbs of improvement when he has shown his hand so honestly in all his previous runs. Another case of bad ground and a light weight giving an exaggerated result – luckily Bertie was so low  off 72 that this will at least help him get in more races, and more importantly than the mark, let’s hope the win has done him the world of good now he has got his head in front.

Of our Southwell runners on Monday, Sometimes a Fox for Phill Dennis ( deputising for Nick who had a fall on the gallops but is ok) did not set the world alight back on the flat and now returns to his Owners to possibly try his hand at pointing. We all love ‘Foxy’ here but he’s been a bit of a morning glory enigma, and just hasn’t been finishing his races. He definitely has ability, perhaps another year older and wiser and the penny will drop. Sincerely Resdev was again into the Winners Enclosure with another placed effort, 4th in the amateur race for our Amateur jockey, Henry and his Owners, Resdev Ltd.

Due to rapidly deteriorating ground we had just the one runner yesterday at Doncaster, Dubh des Champs not being declared as a result of the rain the last few days, and Dieu Benisse being taken out before the last, leaving The Flickeringlight to fly our PKR flag and try for a treble. It was not to be and under her big weight ( another hefty rise) she looked as though an easy few weeks will follow for her after what has been a tremendous December with wins at Newcastle & Wetherby.

Many of our Owners and friends of the yard have been asking after Adam  and how he has been getting on since his nasty fall on Boxing Day. It’s dreadfully bad luck for Adam that it’s looking like he’ll need another 3 months on the sidelines as a result of a back injury and he may need to have an operation, although this hasn’t yet been confirmed by the doctors . Having worked so hard to get back to full fitness following his leg break, this is a massive blow for him and such horrible bad timing right in the middle of the season. He’ll be getting the best of treatment and after care at Jack Berry house and we all wish him a speedy recovery while conscious of how hard it will be for him watching the horses and not being able to ride them. Despite the frustration, no one can take away that magical Listed comeback win on Lady Buttons at the start of the season at Wetherby, a brilliant race and milestone win for Adam after such a lengthy lay-off.

Back at home it’s been a wild and wet couple of days and nasty conditions for working outside with racehorses… but they all need exercising just the  same wether it’s pouring down or not! We have plenty of entries coming up and some big dates to look forward to… Lady B is on track for her next appearance in the Mares Hurdle at Donny on the 25th and it’s looking as though Phil is leaning towards The Denman Chase in early feb for ‘Top Ville Ben’.  Listed novice winner ‘Desaray Girl’ could be seen out again at Newcastle on Monday and she has a Listed Novice Mares 3 miler at Doncaster in February as her Main target. Young horses have been doing plenty of schooling in the arena, and Friday could see the first appearance of our exciting grey ARQANA purchase, Winfola in the mares novice hurdle providing the weather relents a little, she would not run on heavy. ‘Winnie’ is actually a Spanish Oaks winner… you don’t get many Oaks winners trying their hand at hurdling!

Some photos from the last couple of days… 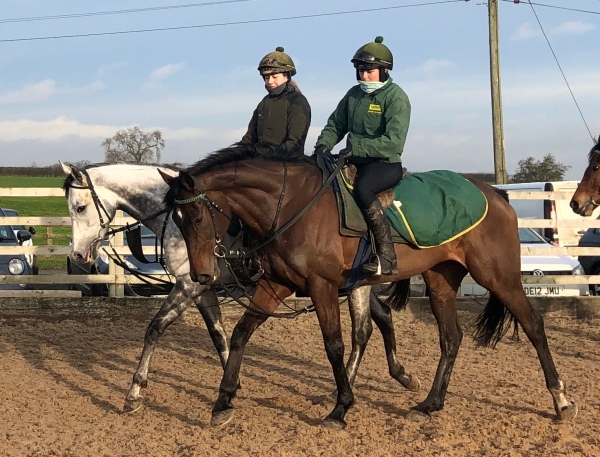