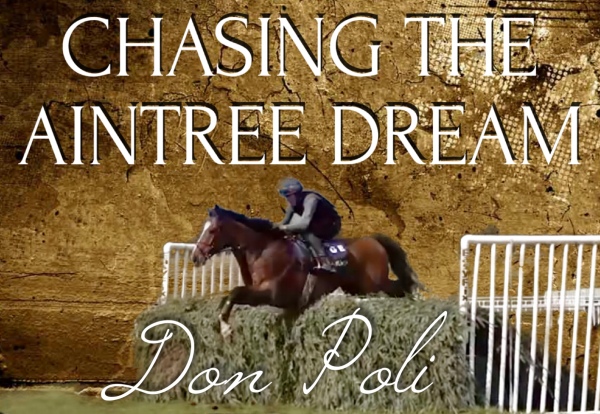 We are on our way to Aintree with our first Grand National runner! A hugely exciting day for our Team.

Hoping to bring you photos of DON POLI on the track having a pick of grass around 9.30 am. He maybe a big price this afternoon but we all know he is a class act and if the big day sparks him up we are not without an each way chance. Don Poli was part of Gordon Elliott’s huge team that went for a school round The Curragh over some specially created Grand National fences last week and watching this video below, with Don Poli leading he jumped well and appeared to be enjoying himself. Phil loved riding him yesterday, and now he’s firmly a PKR horse with his Topspec rug and green browband on!

The very best of luck to his Owners Darren & Annaley Yates for whom this will be a first runner in the Grand National and given luck they will have two runners next year with Blaklion on the mend. Thankyou to everyone  for your kind messages of good luck 🍀🐎🤞🏻 One of our favourite horses ever walks out at 3.40 for his second Grade 1 Championship race – at 10 years of age NAUTICAL NITWIT has surpassed all his Owners dreams when winning the Grade 2 West Yorkshire Hurdle, the pinnacle of a consistent career with 7 Career wins and many places at a high level. From humble beginnings, bought for £6000 by Phil from Ascot Sales, Nitwit has given us and his Owners ‘The Birrafun Partnership’ some great racing days and let’s hope today he runs with credit again and comes home safely with Tommy 🍀🤞🏻🐎 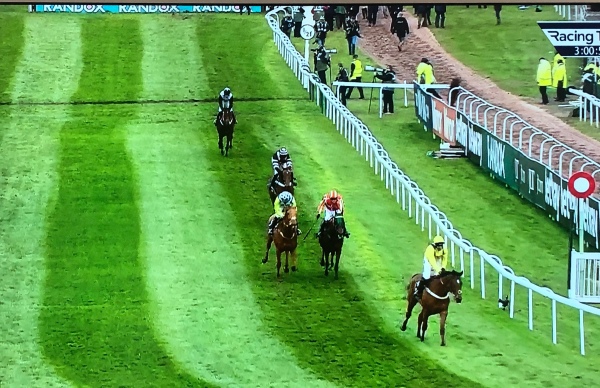 And that’s not the full story, he was just pipped for 2nd by 1/2 length by Topofthegame, making this an absolutely top drawer performance and proving himself capable of mixing it with the very best around. Making the running, Ben jumped brilliantly for Sean Quinlan, he didn’t touch a twig on the way round and Sean trusted him on a lovely loose rein, Ben shortening when necessary and standing off boldly when asked. He had to give best to the impressive winner Lostintranslation, but battled bravely up the straight, just passed in the shadow of the post by the Nicholls favourite.  His Harbour Rose Partnership are very proud of their 7 year old and he gave them all a terrific day at the highest level. Can he return here for the National next year? He may start off in the Charlie Hall next season as he loves Wetherby.

And finally we are also at NEWCASTLE today with L’Attendue in the 2m 4f handicap hurdle to kick off proceedings. This will be a lot tougher than her Sedgefield mares race but she goes there in good form and another decent performance would be a nice way to finish off her 2028/19 season, she’s a Mares Chasing prospect when she returns for her Owner, Andy Bradshaw.