Top Ville Ben put his Cheltenham fall nightmare to bed on Tuesday with a superb front running display under Sean Quinlan at Wetherby to land the 3m Novice Chase by 37 lengths. Videos of his win and Romeo Brown’s will be posted later.  Sean gave him a lovely quiet ride and really gets on well with the quirky 7 year old, a huge talent but has his own way of doing things. Tommy also got a great tune out of him on his Chasing debut at Hexham and this win yesterday was his third of the NH campaign. Phil will see how Ben comes out of the race and if he is fine it is now 16 days until The Grade 1  Mildmay Novices Chase at Aintree on the Friday. He would need it to be good to soft at least to run, he has a high knee action and hits the ground hard. It’s clear we like these Beneficial offspring – both he, Lady Buttons and Dares to Dream are all by the late great NH stallion – 3 of our possible team for Aintree.

Ben passing the post in front at our favourite track

Looking ahead to next year we could see him developing into a Grand National candidate if his jumping remains solid, who knows he may even be a Gold Cup horse – he was brilliant again yesterday and in fact the only proper mistake he has made in 4 chasing starts was in the hustle & bustle of Cheltenham at the 6th – he had jumped boldly until that point. 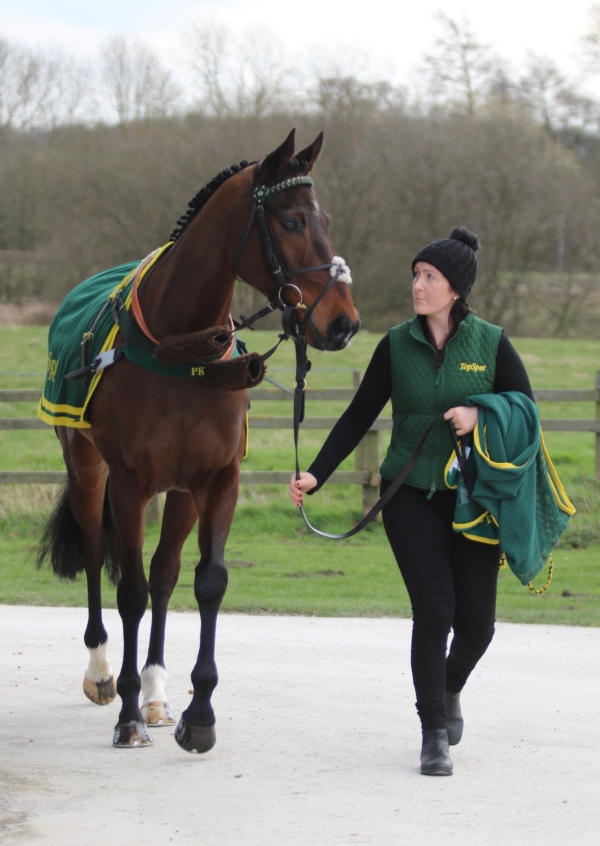 Julie leading Skipthescales to the paddock

On to the next race and Skipthescales was bidding to put his Carlisle run behind him, and Tommy was in no mood to let him run lazily as he can often do! Given a reminder after the first, he sent him into a lead and remained there for most of the race, setting a strong gallop and only giving best after the second last. In typical Skip fashion he rallied again and was a rapidly closing 2nd by the line, one of his best hurdling results to date in this Class 2 Handicap. He is quicker over his hurdles than fences and he may look to remain over the smaller obstacles to finish his season off. Softer ground helps him. 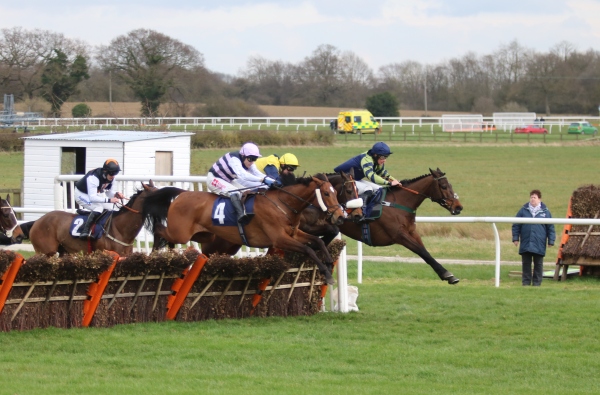 Our third of the day was the lovely OAK VINTAGE running for Mrs Joyce Porter in her mauve and purple star silks. 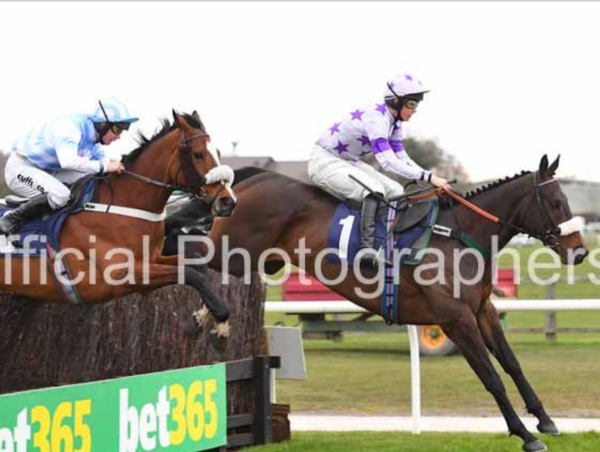 We are due a change of luck for Joyce and for much of this race we half believed that ‘Vinny’ was going to manage to make all but he just tired a little at the second last. This was a solid placed effort though and with a bit of help from the handicapper he should be  returning to winning ways soon.

Folowing the bumper we were ready onto the course with BLAKLION and his galloping partner, 130 rated NIVEN who has good Irish form with Delta Work. 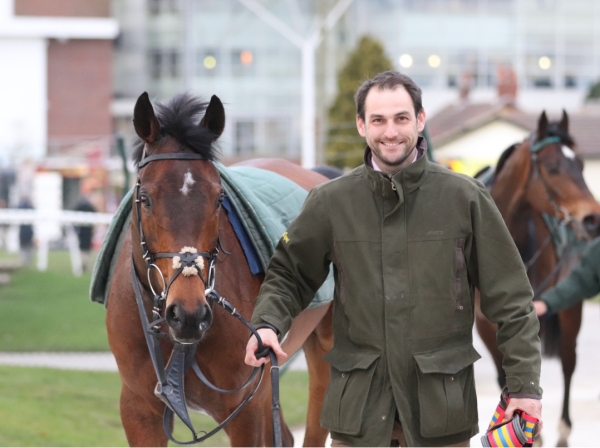 The 2 of them looked in fine order cantering two circuits of the track, quickening up the straight the final time.  It’s an exciting couple of weeks for our yard with our National hope plus our strongest team for Aintree to date. 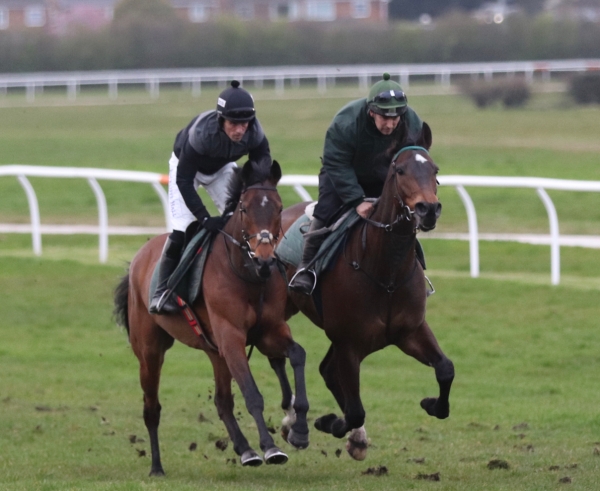 Racing Post featured the gallop on their news page…

On to today and exciting novice hurdler ‘WHOSHOTTHESHERIFF ‘ makes his debut for us in the 4.20 at Sedgefield since joining the yard from Gordon Elliotts. He is a fine big horse and has pleased Phil at home, it would be great to get off to a winning start for new Owners, Hambleton Racing.

We start the day off with the good looking Oscar mare, L’Attendeu in the Mares handicap hurdle and she needs to  step up on her previous form to take a hand in proceedings. Tommy rides and has been doing plenty of schooling on her at home to improve her hurdling.