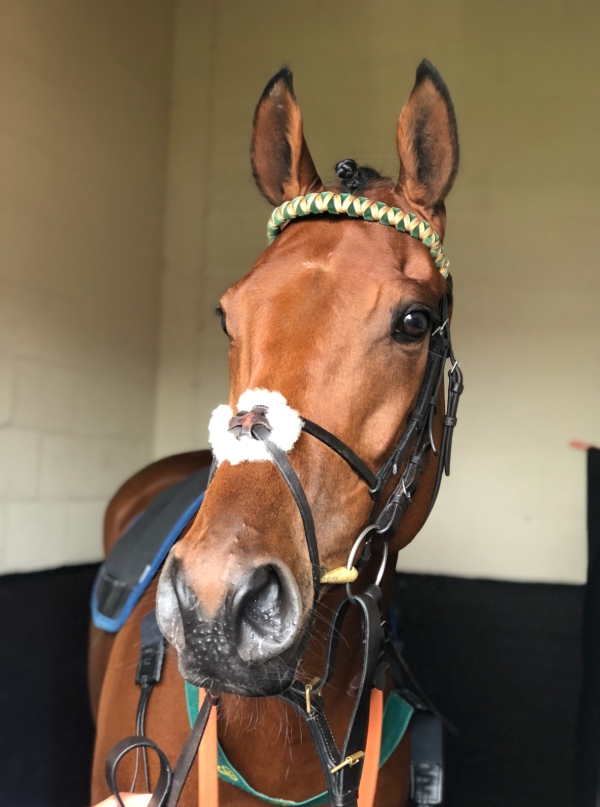 The Best laid plans have a habit of going awry with racehorses, and at Chester on Friday, Stargazer didn’t fire out the stalls and we were always playing catch up with nowhere to go round the unique track that is Chester. From being 11th at one point he stayed on into 7th by the post, an effort that was more than creditable given that he pulled up lame and was later diagnosed with a fractured pelvis. It will be 6-8 weeks confined to a box for him, and although it’s immensley frustrating, at least it is a common injury that with time heals well. Some photos from our day at a track that looks after its Owners so well… 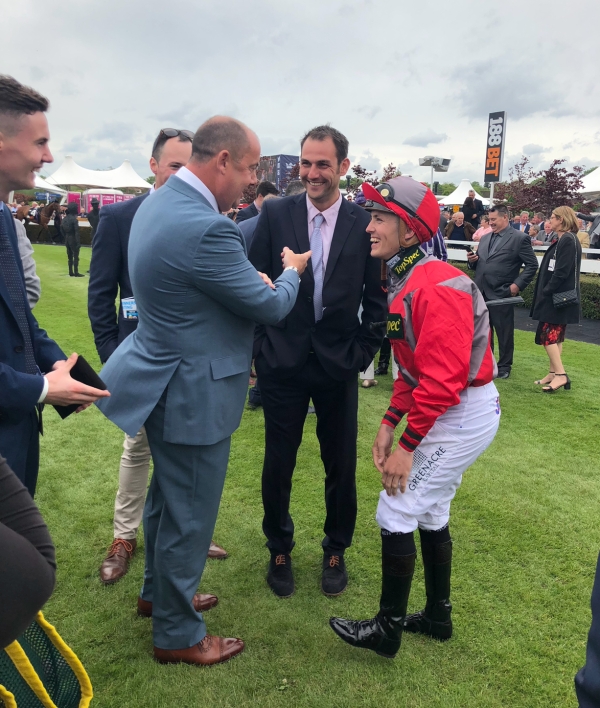 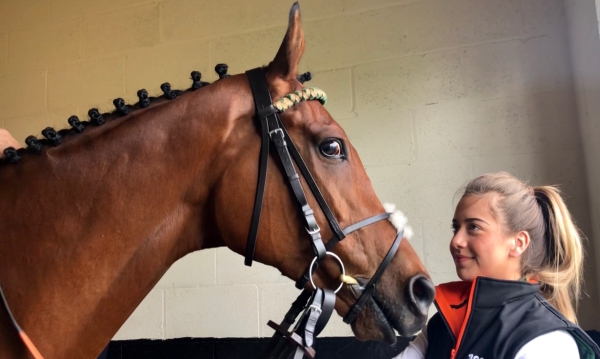 So no weekend winner but a promising effort from Gonn Away yesterday at Hexham, travelling well and just being beaten by mare with more experience and who they well fancied. It was a competitive bumper and we would like to think she could go on and win a Mares race next time.  Of the hurdlers, Nemean Lion, Minstrel Royal & Improved have all looked to need their races first time back after a break, and Phil will be getting stuck into them, these summer jumps races are often run at an end to end gallop and they take no prisoners.

Today it’s our local track Catterick and we have two in the staying race – Ice Galley & The Resdev Way. The former should run well if he can handle this sharp track and Resdev needs to show us wether he can perform on better ground on the turf or if he is simply an all weather performer.

Its an absolutely beautiful day here at Green Oaks and the yearling colts were given their first taste of big field freedom this morning – they were a challenge to lead down the long track to the field but all 7 are  safely installed- watch their video here shortly…. 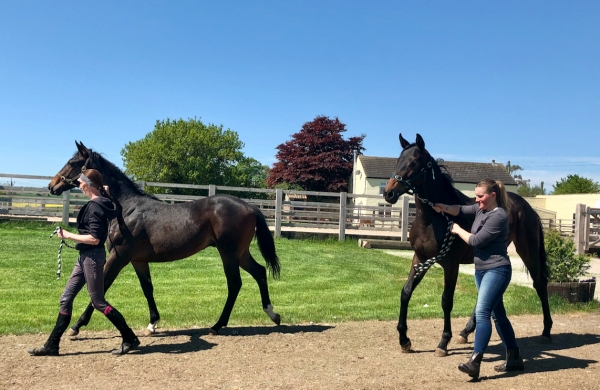 The Brazen Beau and Fahhr colts on their way out 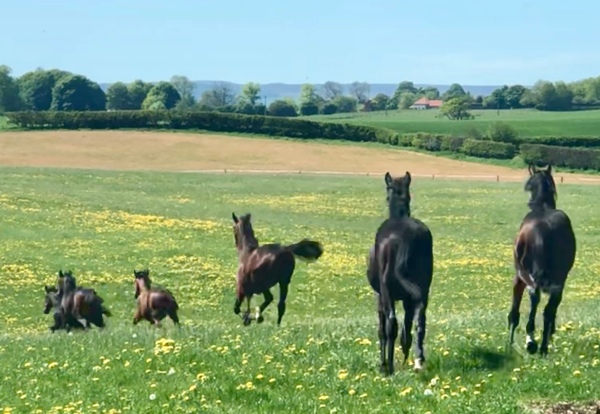 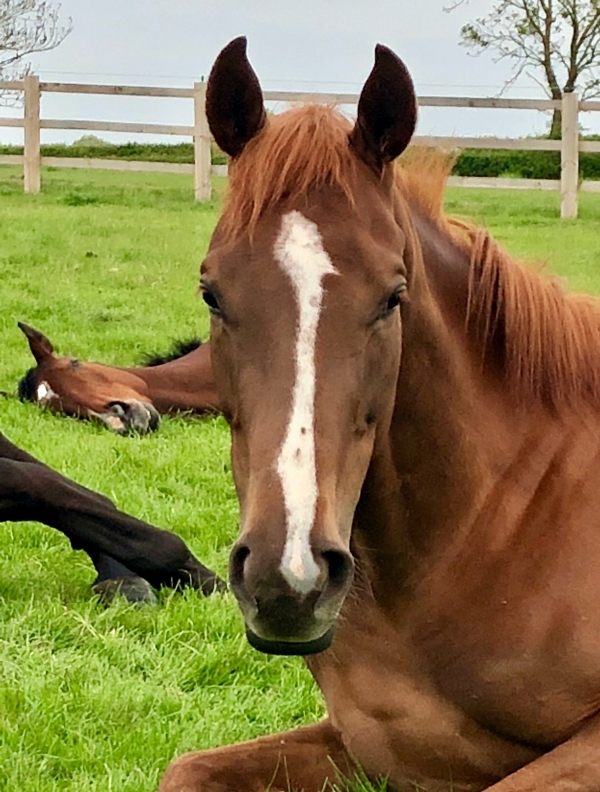 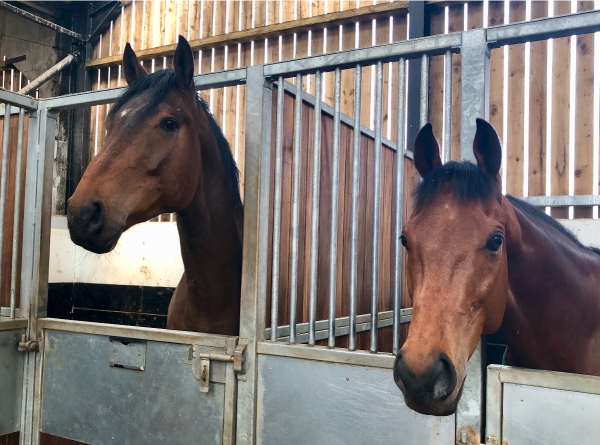 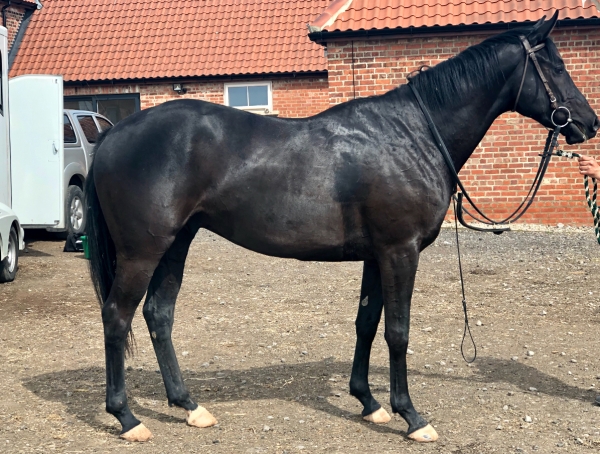 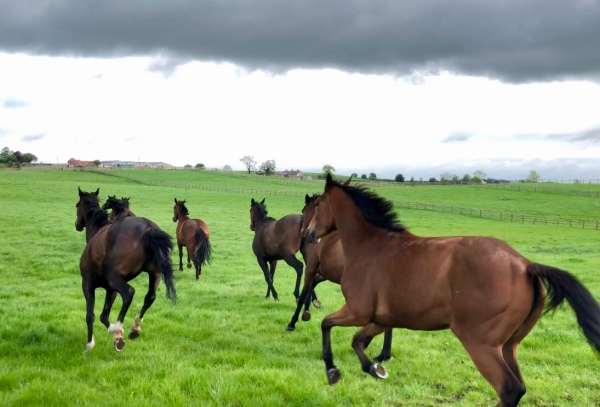 The Mares moving fields yesterday -charge of the life brigade!