Great to see 3 meetings going ahead today after all the recent abandonments for snow. We have 3 runners at Newcastle today – Bitumen Belle, Nautical Nitwit & The Resdev Way.

Bitumen Belle goes for her forth and final bumper today before moving onto hurdling company. She showed good improvement here at Newcastle last time out under Nathan Moscrop who is on board again today and she can hopefully come on for the run and continue improving for her owners The Well Oiled Partnership.

Nautical Nitwit ran at Southwell on the AW yesterday in a competitive ‘jumpers bumper’ finishing 3rd of the 3 runners, but not by far. This was his first run on the AW and also without anything to jump – a good first effort with the company he faced. Todays ‘jumpers bumper’ looks much less competitive and he takes his chance again as yesterdays flat run will have taken very little out of him compared to his usual 3m over hurdles, and Newcastle is only a short trip away. Ridden today by Adam Nicol for owners Birrafun 2.

The Resdev Way needs to improve on his recent runs, but he is back up in trip to 2m today which he ran well over here at Newcastle for us at the end of January and has previously won here 3 times. Ridden by Adam Nicol for his owners Resdev, we wish him and all our runners the best of luck & to come home safe.

We are also sending another 4 horses for some galloping before racing to be sure we keep the fitness levels up during all this snow which limits the type of exercise you can do at home. When the snow clears – we will hopefully still be in top form and 100% ready to send out our NH team! 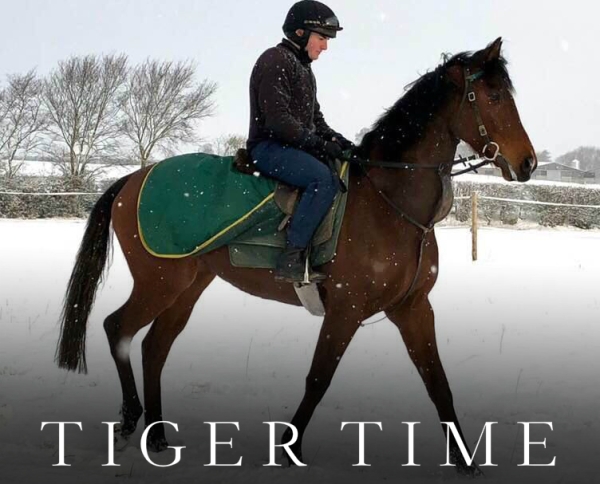 ‘Summertime’ as we have known him till now has been named ready for his first bumper appearance on track. He is an athletic looking 4yr old Scorpion gelding who has been pleasing us in his work at home, with a touch of attitude in his character – which isn’t a bad thing – it will hopefully translate to a competitive nature on course! His owners Keith & Jayne Sivills have a pub called The Tiger Inn and have aptly named him ‘Tiger Time’. No doubt he will attract many followers from their regulars and we hope he can do his namesake proud.