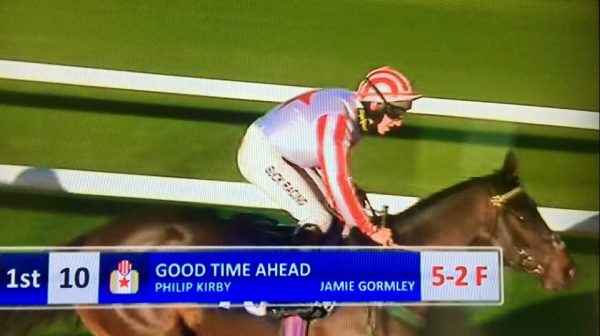 One runner – one winner – just how we like it on a cold November afternoon, and we were delighted for Fairhurst, Greenbank and Fletcher on the second win for their Partnership for this likeable little horse.  Good Time Ahead travelled smoothly for Jamie Gormley before switching inside and staying on all the way to the line for a comfortable success. Racing Post analysis reads:

GOOD TIME AHEAD gained his two previous wins on Tapeta but he ran creditably over C&D on his latest start and this time he showed he’s still on the up with a ready enough success.

QUOTES: Good Time Ahead has enjoyed that. He had a nice run round, he was pulling hard down the back but he settled and he quickened up nicely – Jamie Gormley, jockey. 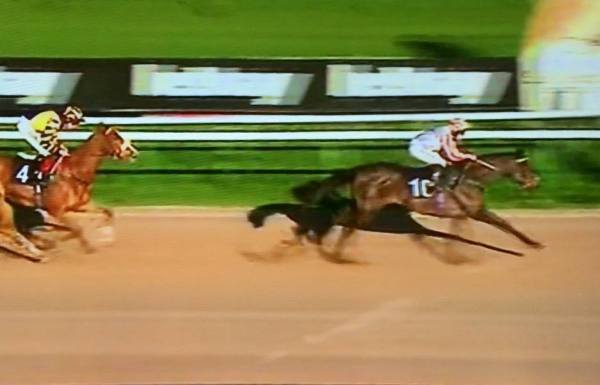 With plenty of racing at Southwell this winter we can expect Good Time Ahead to keep busy and hopefully continue improving. He has looked as well as ever this week at home, and his gleaming coat really highlighted his well being.

Tommy with Allmyown at sunrise

What amazing views we have here at Green Oaks – this was Allmyown at first lot – illuminated in the morning sun after his three times up the gallop and off back for a restful morning now the serious work had been completed. Not so for Tommy, he had a few more lots to ride out before heading off for some outside rides at Sedgefield. 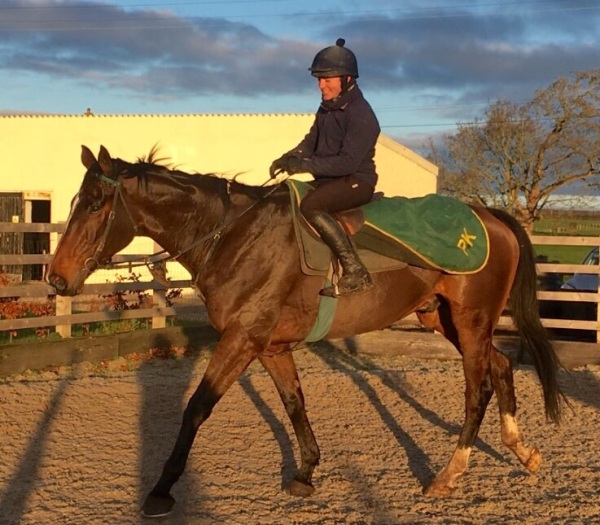 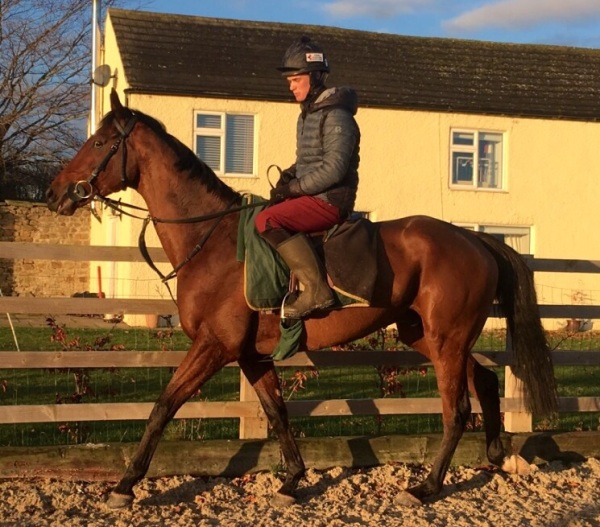 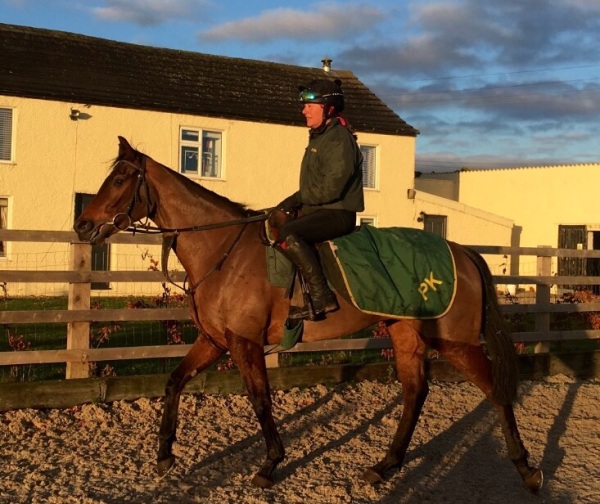 Phil took some videos of the horses at first and second lot, and I wil upload these tonight so log in tomorrow morning to see them cantering.

Mangata, one of 3 runners for us tomorrow

Tomorrow we see new horse ‘Richard Strauss’ make his stable debut for us, and he is fancied in the betting for the Maiden Juvenile hurdle at Wetherby – Tomy takes the ride and we wish his new Owners the very best of luck. He is joned by Mangata who is on a learning curve and we hope the experience he has had so far stands him in good stead and that he can show an improved performance tomorrow in the hands of Nathan Moscrop. Both our horses here would likely prefer better ground, but its winter and we have to get on with it! The mare in the bumper, Beyondperfection also needs to step up on what she has shown so far, Tommy is on board her in the last. We are very impressed with the  new stand at Wetherby bringing vastly improved Owner & Trainer facilities – and an excellent view of the track.  However, the food on offer still can’t compete with Vicky’s delicious fried chicken buns in the staff canteen – I know where Phil will be heading tomorrow after the last – to collect his sandwiches he will have on order.

On Sunday we took this short video of ‘Robin des Chapp’ playing in the paddock with Mckenzie’s Friend who is now on a year off due to an injury. Robin is still only 2 but is way bigger than the 6 year old Mckenzie. This shows his cheky character and also what an efortless mover he is. He’s one we can’t wait to see up the gallop next Autumn.

And finally – we love this photo taken by Jenni while riding roud new horse, Captain Bob – clearly he’s a good ride or Jenni is very fast at drinking her tea before heading down to the gallops! 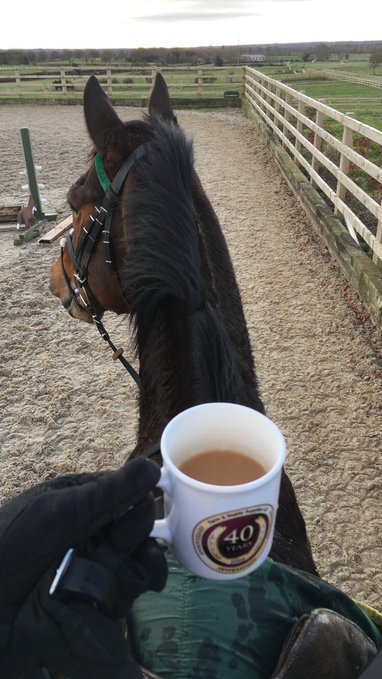