Three years ago Phil and I bought a lovely filly foal at Tatts IRE Winter Sales – she is pictured left the day of purchase, and above now as a 3 coming 4 year old named ‘Dares to Dream’ – in training to make her National Hunt debut for her Owners.  She was a gorgeous looking foal and she has matured into a really attractive scopey filly – by Beneficial out of the Mr McGoldrick’s unraced half sister, ‘Miss McGoldrick’.  Its a staying pedigree and ‘Floss’ as she is known at home, won’t be rushed. If she is ready make her bumper debut in the New year she will – and if not we will just wait as she is very much one for the future.  Its amazing how alike our two young ‘Beneficial’s’ are – Bertie and Floss are like male and female versions of each other – pictured here a couple of weeks ago…

Another filly who we are having to take our time with is ‘Bitumen Belle’ , an Irish Derby Store sale purchase in June of 2015 and now at 5 years old we hope there is plenty to come as she is back in  training this Autumn. By Oscar out of Midnight Pond, she is a FULL  sister to the 140 rated Nicky Henderson ‘My Wigwam or Yours’  and a half sister to  the 133 rated chaser, ‘Hidden Agent. With plenty

of size and scope about her, she looks a future chaser, and after a setback following her bumper debut in January when she finished unsound, we are now back on track to begin her NH career properly. Owned by the Well Oiled Pship who have had many good wins in their colours, the aim with her is to get solid form on her page – preferably with some black type – and she would be a valuable future breeding prospect.

Our final mare in today’s preview is a new addition to the yard – the 5 year old bay ‘Milan’ filly, ‘Pineapple Crush’. She had some decent soft ground point form in 2016 –  3rd, 4th and 2nd on her only three starts over 3 miles, and joins us after her first NH season with a rating of 80 for novice staying handicaps. This looks a workable mark  and with her stamina laden pedigree she should be able to be competitive off her mark, there is a good programme now for mares handicap hurdles & chases. We will see her make her debut later in October as she is a little behind some of the ones who came in 1st August.

In the same Ownership as ‘Pineapple Crush’ is the 5 year old  gelding ‘Skipthescales’ , a strongly built

bay by Winged Love – and a full brother to the high class  ‘Universal Soldier’ a 6 time winner for Lawney Hill, achieving an RPR of 146 at best. Skip has settled into work at Green Oaks and makes his debut for us next week at Hexham in a 0-120 handicap hurdle off a mark of 106 achieved in three runs over hurdles for Martin Todhunter. He has only had 4 runs in his life, so is only learning the job, but he was 3rd, just beaten 3/4 a length on his 3 mile point debut on the 22nd  January of this year at Kilfeacle, and he clearly stays well. The winner that day ‘On the Blind Side’ (unraced since) subsequently sold for £205,000 the next month at the Cheltenham Sales. Its interesting to follow these form lines – the second that day, ‘Danse Away’ has not franked the form to that extent, 3rd, 1st & 2nd in its next 3 points it has since ran 4th in 2 bumpers, beaten 4 and 18 lengths.

Expect to see ‘Skipthescales’  line up against ‘Little Bruce’ when the two make their seasonal debut on the 4th, and we look forward to our first runner for Les and Maureen Richards.

Arriving from the Goffs UK store sale in May was ‘Kilcullen Flem’ – a great strapping chestnut by Flemensfirth, 7 years old and with a hurdle rating of 117 and a chase rating of 107. He looks happiest when the mud is flying, he won a 3 mile point at 4 year old on heavy ground – and was 2nd in a bumper on heavy at Ffos Las on his bumper debut. This is what Racing Post said after his first hurdles win in 2016, he beat none other than ‘Boy in a Bentley‘ who beat our ‘Nemean Lion’ a head at Sedgefield recently.

KILCULLEN FLEM, officially rated 116, was under pressure a long way from home despite being prominent, but kept going and picked off the runner-up after two from home. He is really one-paced and a point winner, so can make a staying chaser in time.

He subsequently did win his novice handicap chase, and campaigned around 3 miles, he proved inconsistent but clearly had ability. Still young and open to improvement, he will be ideal for Northern staying  handicap chases round such as Wetherby and Newcastle, and he looks in great order at home. He will be making his stable debut for us as soon as we have some proper juice in the ground, and he is well on target for fitness.

Our final horse today is the  talented by ultra fragile ‘Aniknam’ who has only managed 9 career starts since March 2014, but has achieved 2 wins, 2 seconds and a 3rd in those appearances, including winning his bumper debut by ten lengths at Hexham.

Racing Post that day: French-bred ANIKNAM made it 11-60 in bumpers over the last five seasons for trainer Phil Kirby. He knew his job and took this in effortless fashion. He is clearly a good prospect 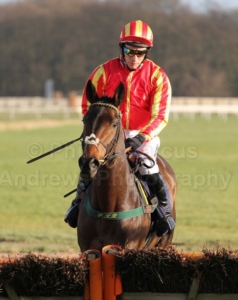 We have struggled to keep him sound subsequently, and as a result he makes his belated reapearance off a mark still stiff enough looking at 117, but 2 seconds over hurdles show that he is capable of making his presence felt if we can get a clear run with him. It will be almost 2 years since we have seen him on a racecourse, and everything is crossed for this son of Nickname in 2017/18 -he deserves a chance to show his true ability, and it goes without saying that he will only be running once we get some real winter ground. A keen goer at home, he is regularly ridden and settled well by Simon, and there’s still more pounds to shed from him before he does any fast work. Aniknam is now 7 years old so there is still plenty of time to make amends for his absence, and we are likely to see him round such as Wetherby, Hexham, Ayr  &  Newcastle in novice handicap hurdles. 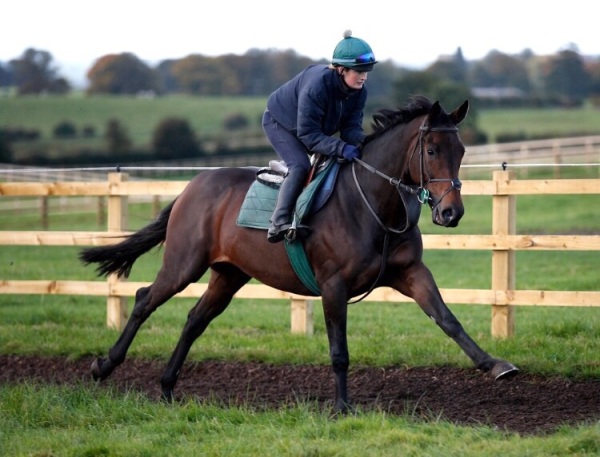 Tomorrow and Sunday – the final chapters in our National Hunt Preview..we hope you are enjoying reading about our expanding winter team. 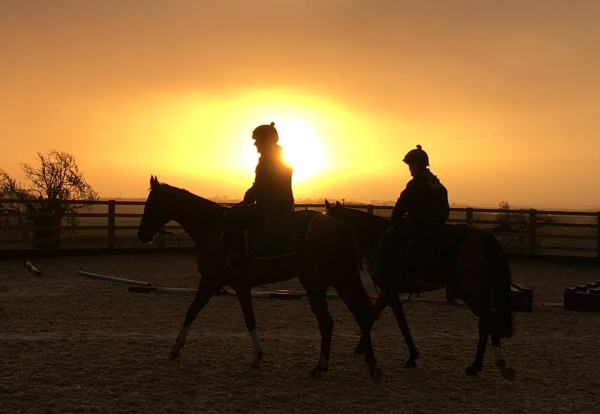