A busy day for Phil on Tuesday saw the Shirocco gelding selling to Rathbarry who stand his sire, but the waggon not coming home empty – this gorgeous looking upstanding 3 year old by Scorpion was bought by Keith & Jayne Sivills and he’ll be to break in over the coming weeks before enjoying the rest of the summer out.

It was Day 1 of the Horses in Training & Point to Point  Sale yesterday and another three purchases joined the list to come to Green Oaks. Lot   305 ‘Top Ville Ben’ came from the Million in Mind draft, a 4 time winning son of Beneficial, just a 5 year old who has won his bumper and two novice hurdles. He looks an exciting prospect for the winter.

Phil went against his usual trend when buying Irish pointer, 363 ‘Allmyown’, a really lovely big stamp of a gelding by Mr Combustible, 4th on debut and then running out a comfortable winner of a 17 runner Kilworth maiden, accounting for 2 well backed Enda Bolger/JP horses, one of which has since being placed under rules at the Punchestown Festival. A 6 year old, he still has  plenty of filling out to do, and he is likely to start off in novice hurdles before going novice chasing next winter. The final purchase was small money, a once raced Ask gelding, but he looks the sort to improve for a summer out and is the sort of challenge Phil enjoys.

We have had a couple of runners the last few days, War Joey yesterday at Southwell found the slow pace in the bumper not ideal but he is one for future chases for his Owner/trainers’s Anne & Ian Hamilton, and we wont see him being properly competitive until the mud is flying over 3 miles. Man in Black was 4th at Towcester, the ground drying up all day with this very warm weather.

It was the most beautiful summers evening at Southwell, and if only all race nights could be as warm and balmy as this

Tommy our conditional jockey showed just why he is becoming increasingly in demand at every jumps meeting, with this Never say die  ride he gave Kenny Johnson’s horse ‘Captain Sharpie’ at Hexham on Wednesday. It was such a riding performance we had to bring you this video – he is in riding the horse In the red Blinkers who traded at almost 1000-1 after jumping the last.

The temperatures have been soaring at the yard – pictured here Julie and Stacey enjoying an ice lolly after second lot! There was even some topless riding out but thankfully from the boys not the girls!!!! 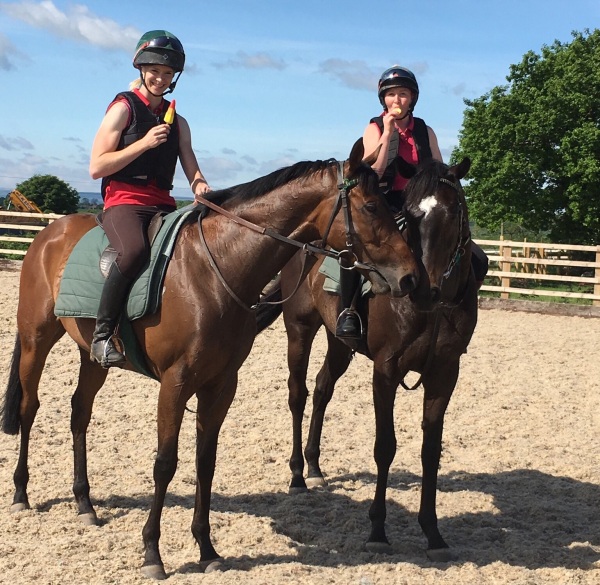 The horses in the fields are soaking up the sun and filling out for their summers break. 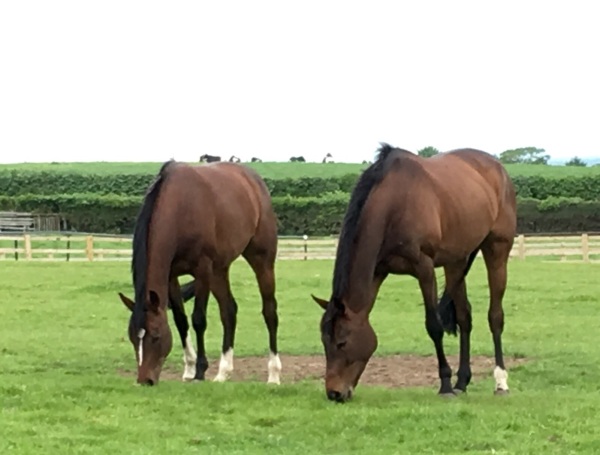 blinkers Who traded at almost 1000-1 after jumping the last.

It was so hot at the yard yesterday that ice lollies were called for after 2nd lot, Julie & Stacey enjoying some refreshment here….