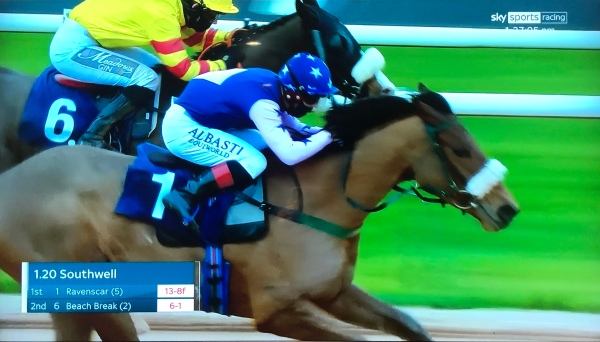 Ravenscar wins her third AW race of the campaign

What a cracking good mare Ravenscar is turning out to be – she won her second race in 7 days at Southwell yesterday and her third of the Winter AW campaign to add to her Newcastle win before Christmas. Ridden by Ben Curtis, she sat in midfield and ground down the long time leader ‘Beach Break’ ( carrying 8 stone 8) a half brother to our Wemyss Point & the Hugh class Allmankind ) in the last 50 yards. Carrying top weight ( 10 stone 3) this was another good performance and she has matured physically & mentally in the last 6 months. Having already ran several times in juvenile hurdles, and shown promise, she will return to that sphere in better ground when Phil sees the right opportunities. 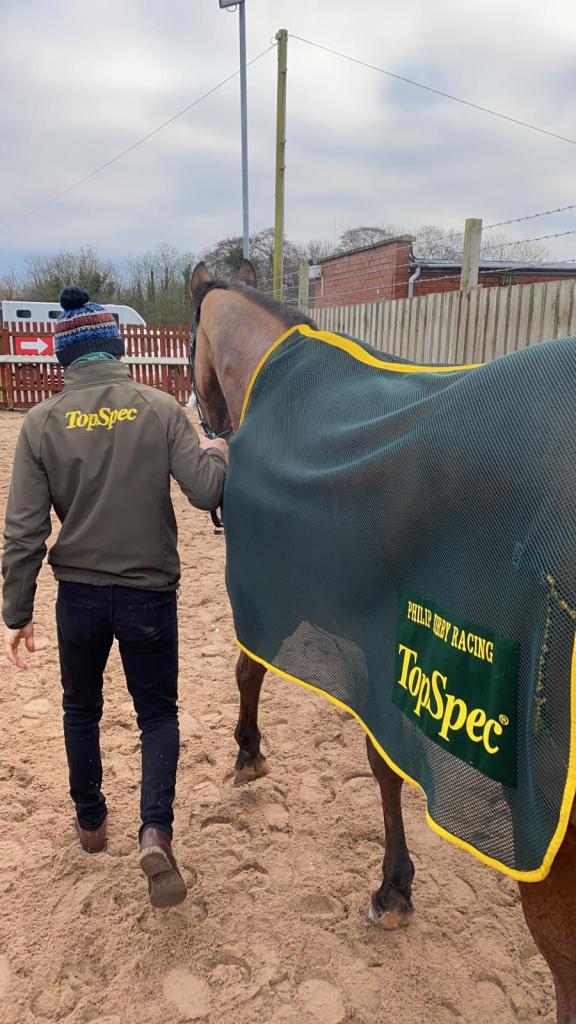 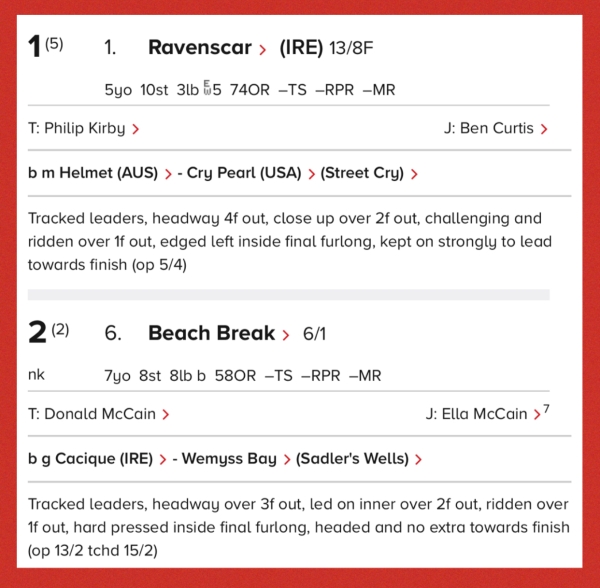 Our other two mares ran sound enough races, Misscarlett & Little India both 5th and staying on to the line to suggest that a step up in trip next time will help. 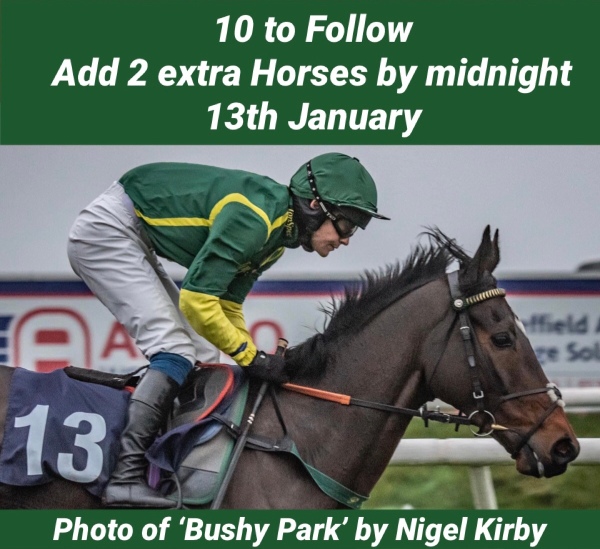 Points on the 14th count.

The list to add 2 more  is as follows…email to pkrtentofollow@yahoo.com

Unless say running ‘soon’ for unraced bumper horses they may not run before the close of the competition. The competition runs to the end of April 2021 with monthly prize plus the overall winner & runner up prizes.

Some photos from our last few days … 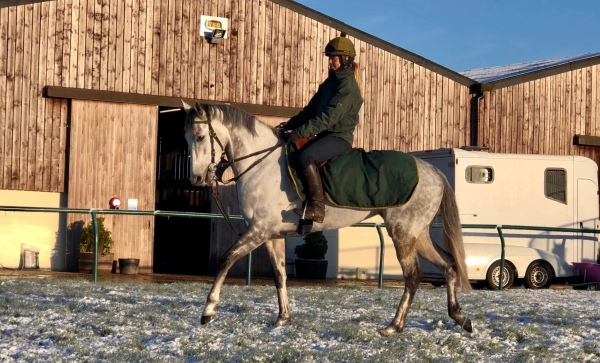 Winfola in the snow with Issey 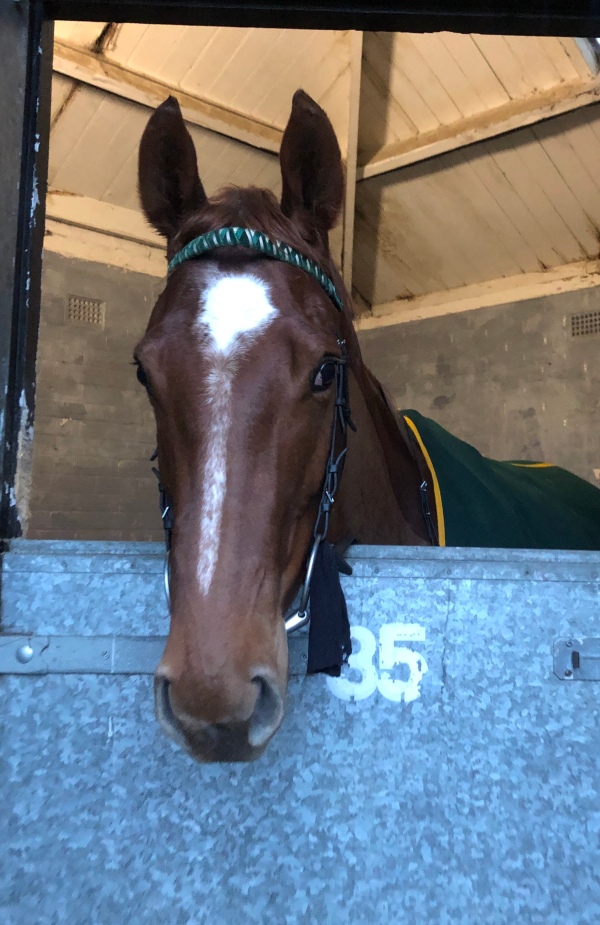 Wynyard Icon at Newcastle on Saturday, she heads to Lingfield for a mares AW bumper 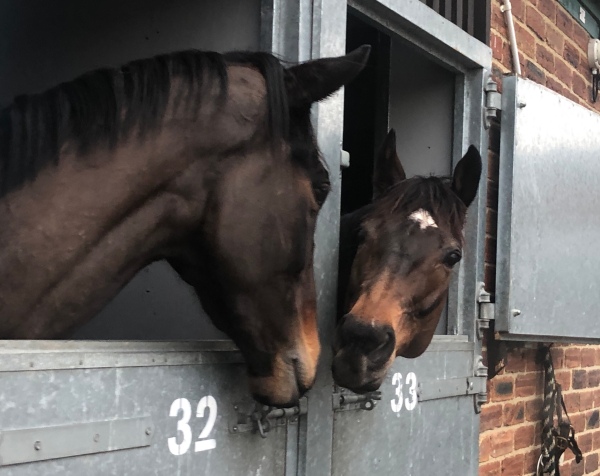 Big Ears & Niven having a Chat. Niven ran a pleasing 4th to suggest he can make his presence felt back over hurdles next time out. 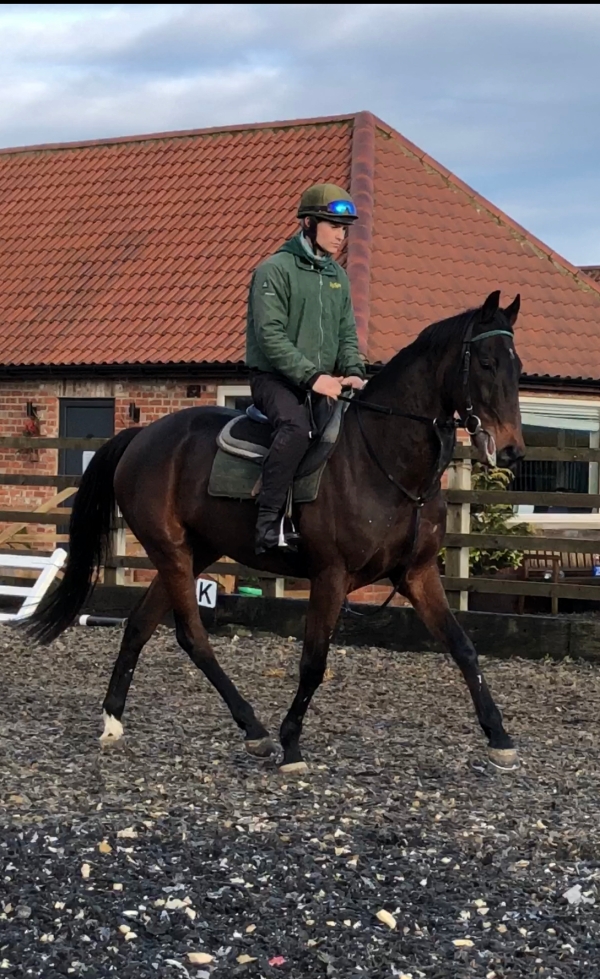 Fantastic news that Top Ville Ben has had the all clear from the vets to resume work, he is seen here schooling with regular rider Joe 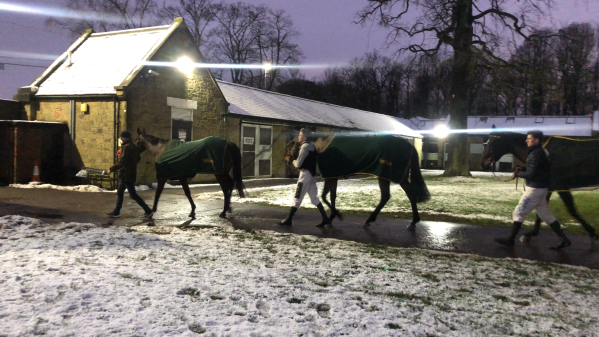 Phil , Tommy & Ross leading the gallopers round at the end of Newcastle on Saturday

Ravenscar wins her third AW race of the campaign