Tommy will not ride many easier winners than David Platt’s ‘December Second’ who won his second bumper in effortless style yesterday evening at Huntingdon. He only had three rivals to beat but the 2nd horse has been placed twice in its previous bumpers and December won ‘ in an exercise canter’ according to the Racing Post.

He is a very exciting horse and being flat bred by Teofilio, he will now switch to the level for a summer campaign. 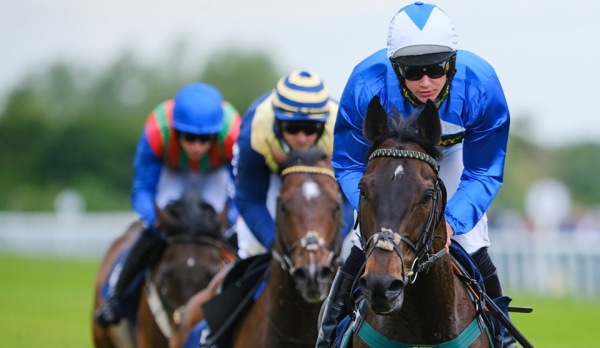 Of our other runners, Misu Bula jumped well but was outclassed in this grade and needs handicaps going forward, and Mr Carbonator ran his usual game race for a staying on 4th from a poor draw and being further back than ideal. His next win must be round the corner.

We have four today, and it will be the first ride for us that young 16 year old Nick Barrett Atkin will take – he is aboard ‘Hard Times’ at Ayr in the 8.50, a late race and a very late drive home! Nick has ridden many pony racing winners and as you all know, suffered a bad break to his leg at the start of the year. Dedication to the job has pulled him through and he has worked hard at Jack Berry house to be ready for this big day – his first official one as an Apprentice Jockey. Hard Times has joined us from Ireland and will need to up his game to feature in this competitive looking handicap but Phil has raised him in trip and Nick claims a handy 7lbs. Everyone here at Green Oaks will be watching and wishing him the best of luck, he is a stylish and capable young  rider.   🐎🍀

Nick getting his head in front on the pony racing circuit

Our other runner at Ayr is one of my favourite horses ‘Shine Baby Shine’, a beautiful mare with a nature to match. She seems to have fallen out of love with the jumping game ( hopefully temporarily) and reverts to the flat which she has a solid record in. The ultra capable Amy Waugh takes the ride and this mare is a solid stayer. Best of luck to her small Partnership.

Closer to home at Redcar we have the young duo of Fasterkhani and Gordalan having their second & third races respectively in the 4.20, a  1m2f maiden and will both need handicaps going forward. They are stepping up 2 furlongs from last time and both will have learnt from their seasonal debut over a mile. This is a big field and they are drawn 9 and 10 of the 15 runners.

To round up our news we have a  photo of Lady Westerner’s stunning colt foal by Spanish Moon who is boarding at the Haras Des Umbruns in France as his dam visits the sire of Al Boum Photo –  ‘Buck’s Boum’. This is the first foal of Lady Buttons unraced  half sister and he will be for sale ( hopefully to stay on the yard) at the end of the year. What a good sort he looks!