It was a change of scenery and a hack out for Adam and Suggestion this morning – one of two runners declared for Hexham tomorrow, the other being Nemean Lion who came through his schooling session well yesterday morning – hopefully he’ll have forgotten about that last fence fall at Sedgefield on his latest start. Suggestion is fit and well for his his short summer break and these two are the start of our Autumn National Hunt  season proper I would say – and over the next few weeks and as we get some rain we will gradually have more runners.

Lady Buttons looking superb and on track for her return 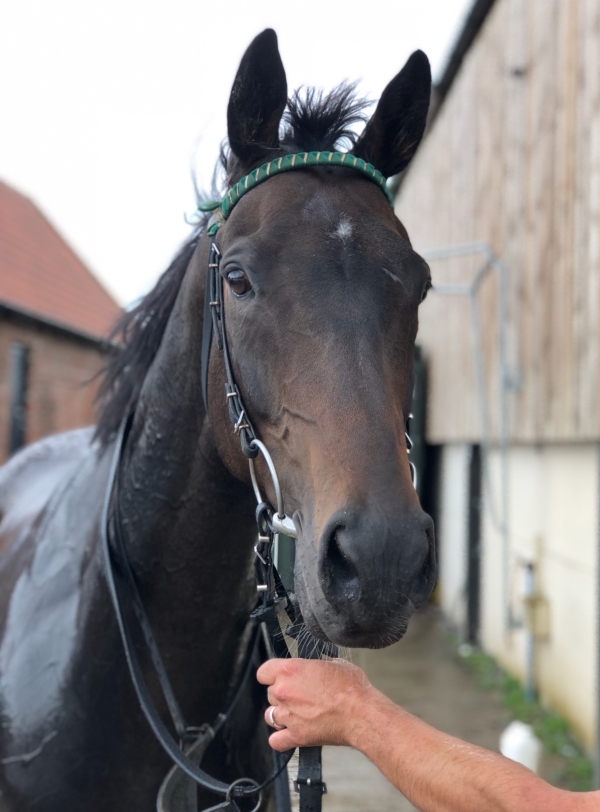 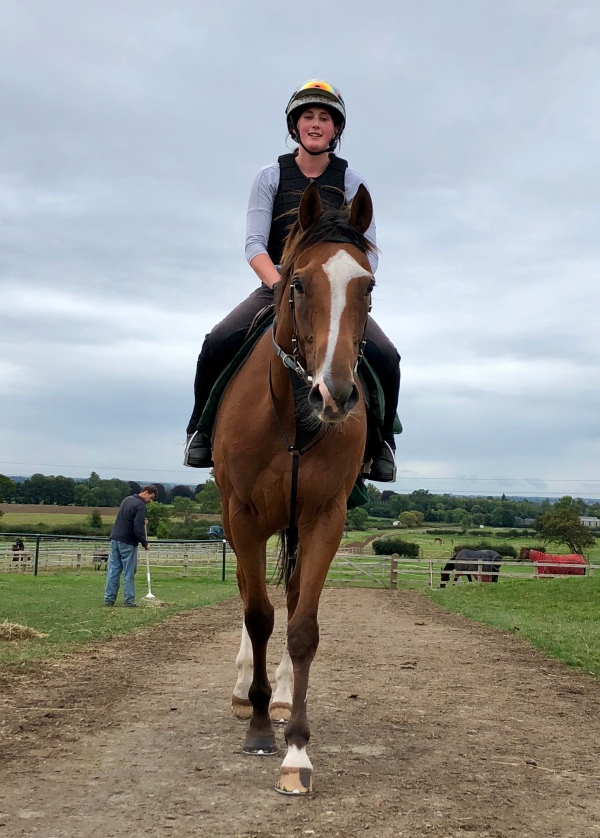 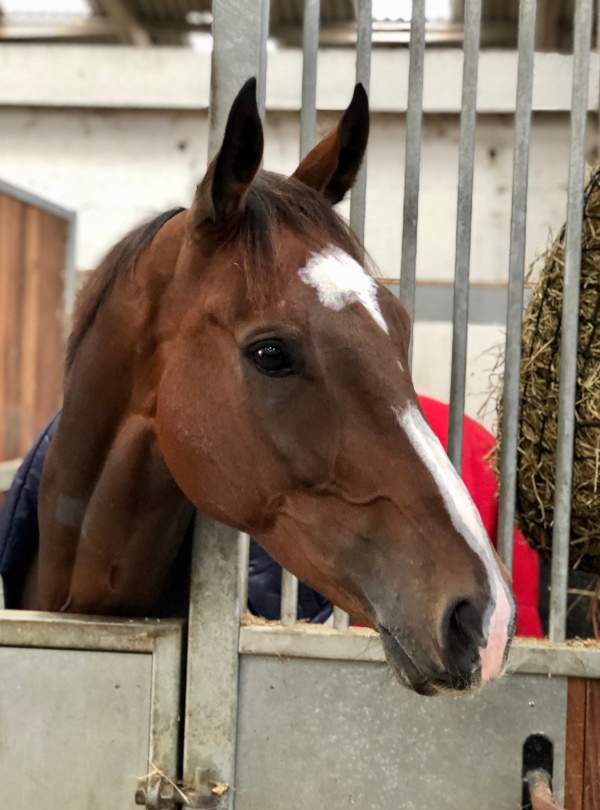 Little Bruce who will mix hurdles and novice chasing this winter

We had a quiet day with no runners yesterday but Phil and I had an excellent evening courtesy of a Fabalous party hosted by our Owners, Resdev – a top night much enjoyed. Nick and Paula Wright have a lovely new mare to look forward to called ‘Iridescent Resdev’ and she is seen here swinging up the gallop with Tommy, she will be aimed at Mares bumpers this season and is just a 3 year old but a lovely strong sort.

We has a new arrival from Ireland last week, the chestnut filly, ‘Kilcoran’ . She is pictured here with Henry and she’s not far off her first appearance for us. 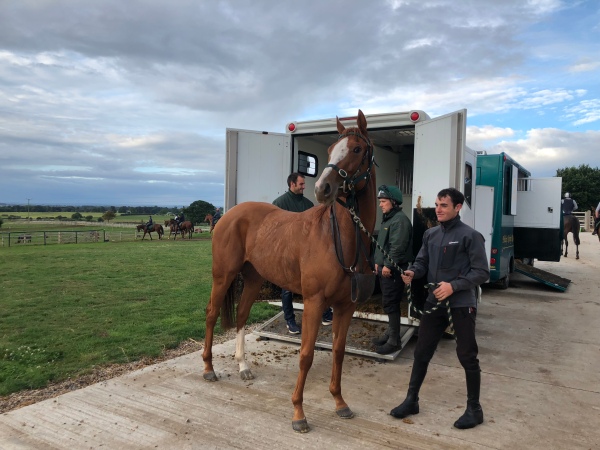 There were no winners at Chester Friday but both horses ran sound races and Good Time Ahead was unlucky to have to make his own pace and do the donkey work, he battled on but just couldn’t quicken and was beaten in a photo so ended up in 4th spot. Mr Carbonator improved on his Catterick outing for 5th in a decent little handicap. Most unusually all the horses in Good Time’s race were in a nose to tail line for much of the race!

Good Time Ahead leads the field at Chester