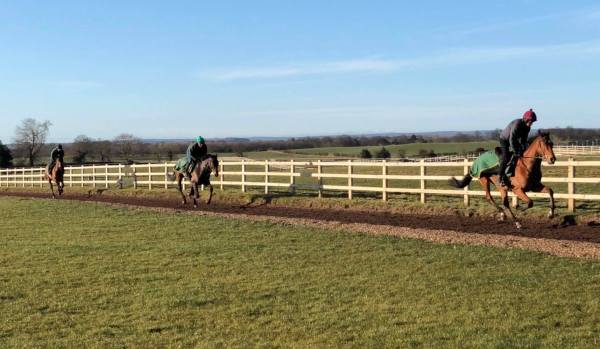 Zig Zag at home in front

Its a breezy but sunny afternoon and we are looking forward to two in the last at Carlisle- its a shame they have to run against each other but the race conditions suit and its not a million miles away. ZigZag is the more fancied of our pair and he will be best suited if there is a strong pace as he is a stout stayer that gets 2 miles. Jaycol’s Star reverts to the flat and he could suprise a few people if he just handles the softer ground, his half brother Sakhee’s City goes well on it but Jaycol’s does have a more flat ground action.  I think the post that Owner Jayne Sivills put on facebook this morning was really poignant, and its certainly an afternoon we will all be thinking of Colin Fletcher when Jaycol’s is led into the paddock – Jayne and Colin went  into Partnership together with this horse, and that is how he was so named. 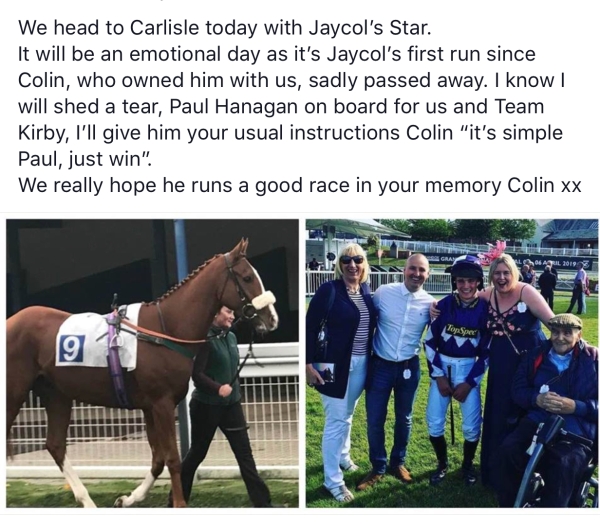 If he wins today at big odds I am sure Colin will be looking down saying I hope you backed him each way!

Yesterday we saw a solid performance from Richard Strauss, 2nd at Catterick and looking thoroughly genuine as he tried his best to get to the aptly named winner,  ‘Aeroplane’ but he just couldn’t get there. Judged on this he should be winning shortly – flat or over hurdles, he really stuck his head out! 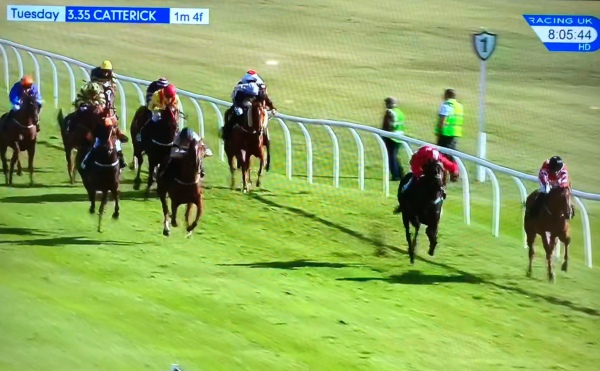 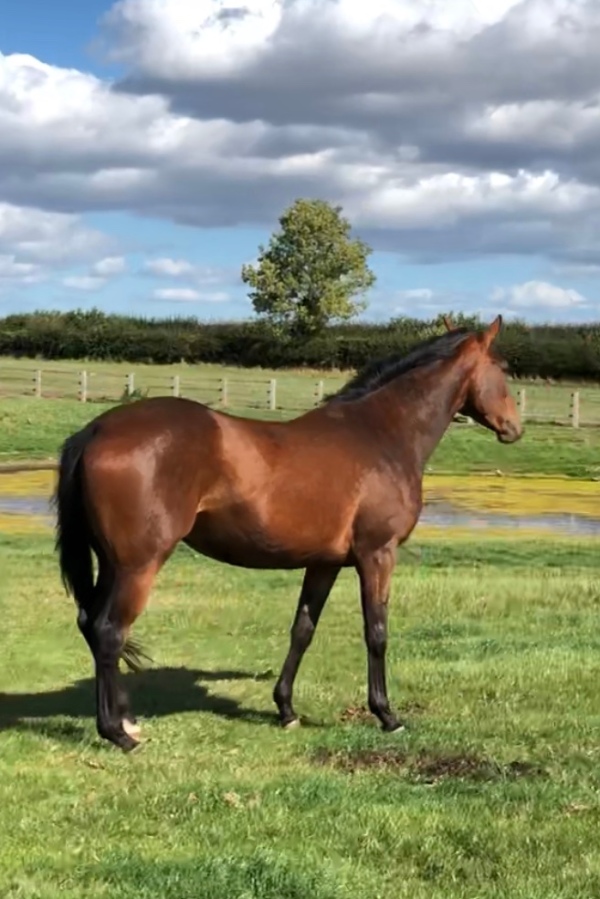 Yeats fily out of a Presenting mare (for sale) 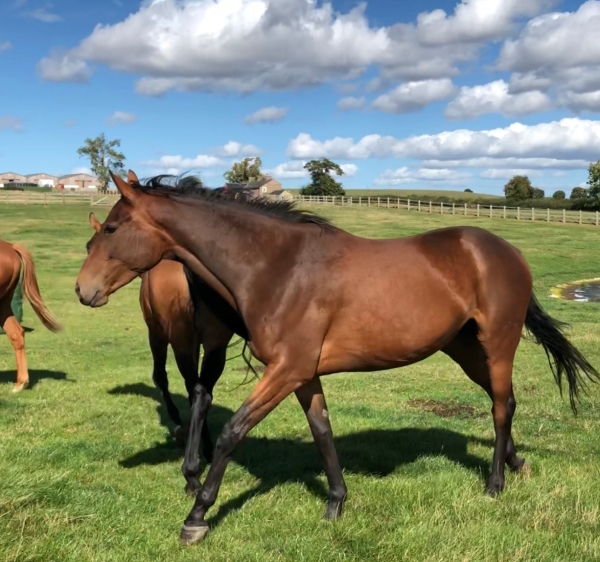 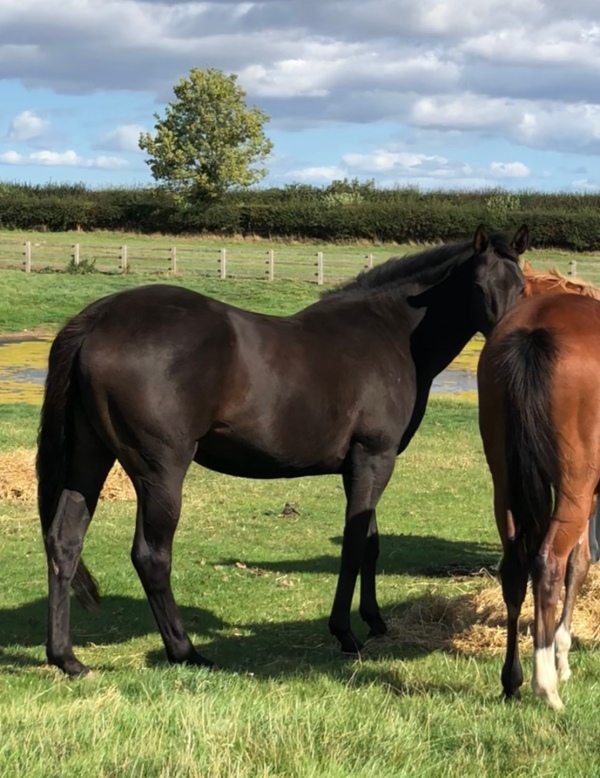 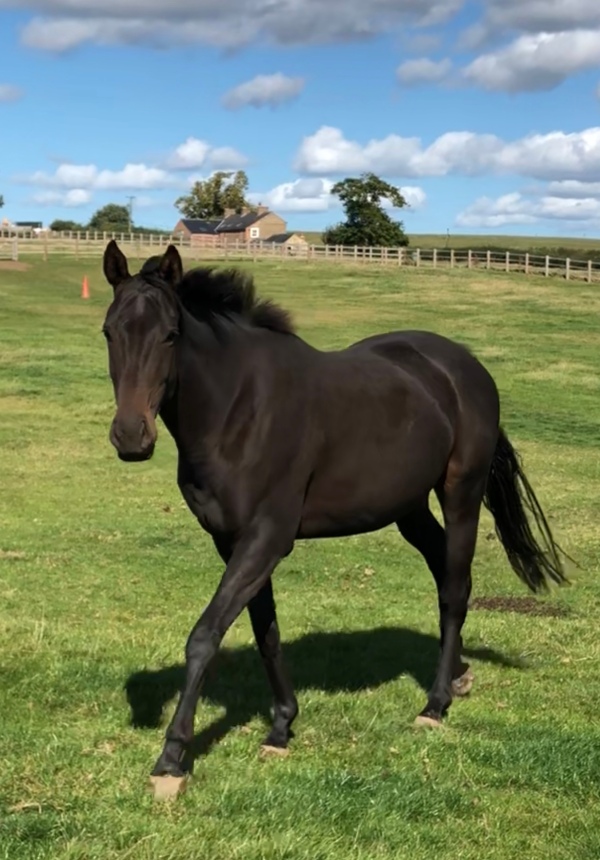 And here are some of the yearlings with the Getaway… 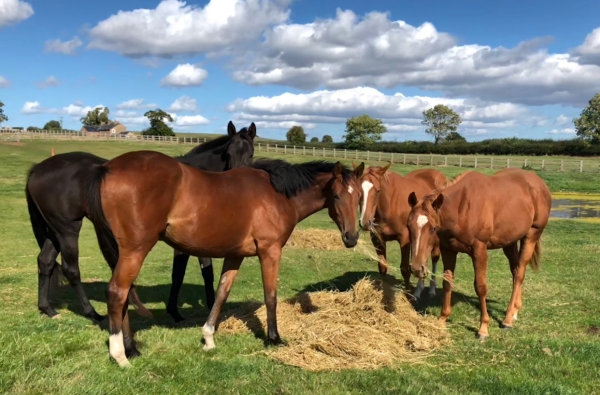 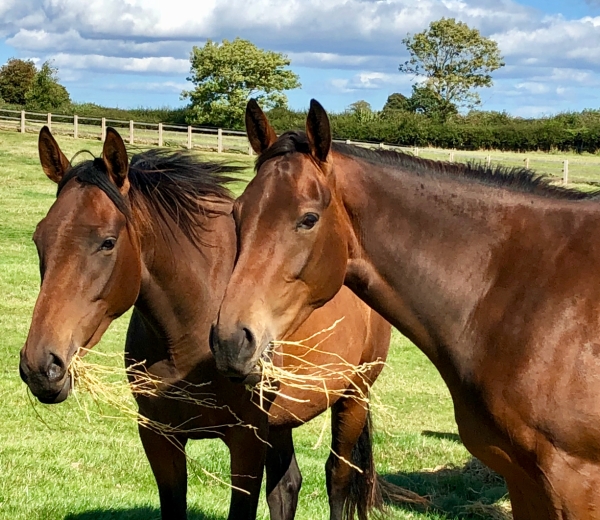 by Yeats and the Kayf Tara 2 year old

It will soon be time to wean the foals and we have two fillies and one colt this year to run in a quarter of our big barn.  In foal for next year are Lady Chloe, Helen Wood, Musikhani, Skid and Lady Westerner.

Its a fairly quiet week on the racing front with two declared for Chester on Friday, Mr Carbonator and Good Time Ahead. No runners at the weekend and then Hexham on Monday with plenty of entries.